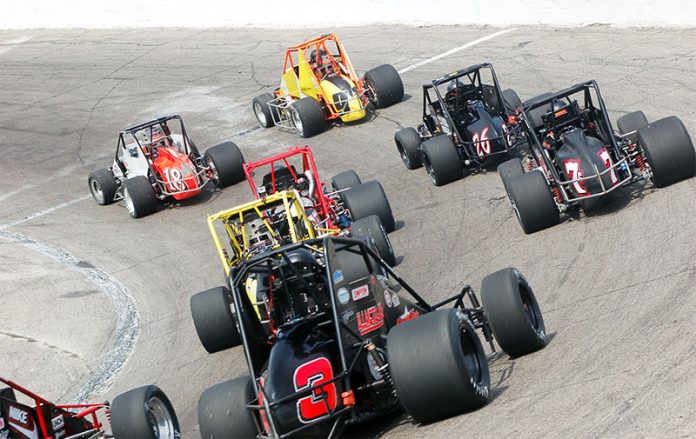 Sprint cars will be in action at Anderson Speedway this Saturday for the 16th running of the Glen Niebel Classic.
Niebel built race cars that won the prestigious Pay Less Little 500 six times with Bob Frey and Bentley Warren at the wheel.
The Madison County Storm Water Quality Partnership is sponsoring Princess Night at the track. The first 50 princesses (or princes) will receive a crown and princess themed cotton candy.
Considered a tune-up for the May classic, Anderson Speedway officials are expecting upward of 15 teams to compete in the 100-lap feature.
Daleville driver Aaron Pierce is the only driver to record more than one Niebel Classic victories, pulling into the winner’s circle four times and is the defending race winner.
Other top drivers expected to compete include Jimmy McCune, Jeff Bloom, Geoff Kaiser, Travis Welpott, Chris Neuenschwander and Tyler Rohrig
Qualifying is set for 5:30 p.m. with racing action starting at 7 p.m. featuring four divisions.
The Harts Auto Figure 8 series will be making its first appearance at Anderson Speedway where Jeff Swinford is the defending champion.
The popular Legends and Thunder Roadsters will be in action for the first time in 2016.
Adult tickets are priced at $12 with $4 admission cost for children between the ages of 4 and 12.