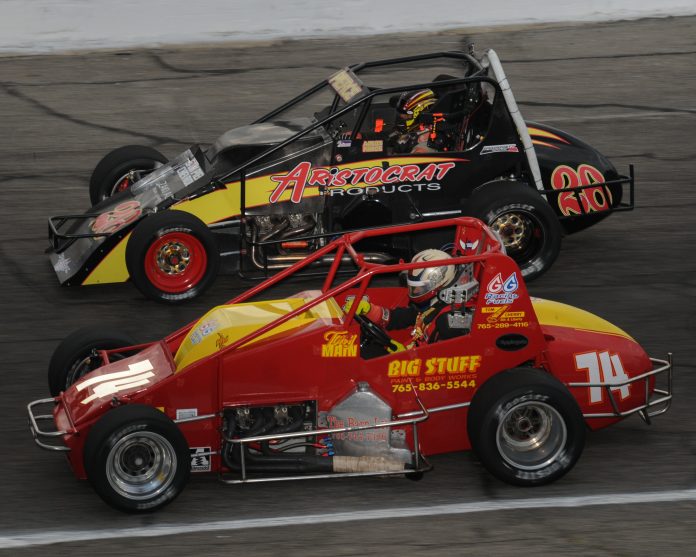 ANDERSON, IN – A strong field of sprint cars is expected at Anderson Speedway for the third edition of Thursday Night racing action.

A field of 20 sprint cars will take to the high banked quarter-mile oval for the 125 lap Glen Niebel Classic which honors the legendary car owner with drivers in his V6 powered sprint car winning six Little 500 races. Both Bob Frey and Bentley Warren found victory in the Pay Less Little 500 in cars built and maintained by Niebel.

There is expected to be a grudge match between Pierce and Swanson, a two-time winner of the Little 500.

Over the past three years Pierce and Swanson have won every non-wing sprint car race at Anderson Speedway the exception being 2017 Little 500 winner Kyle Hamilton.

The final non-wing sprint car race at Anderson Speedway will take place on Saturday, Oct. 6 for the third running of the Tony Elliott Classic.

The Thunder Roadsters will be in action where Chad Cory won the last event for his second win of the year and holds a slim point lead over defending series champion Dave Osborn.
Returning to action is the Hart’s Auto Figure 8 series where Shawn Cullen is coming off his second victory in the National Crown.