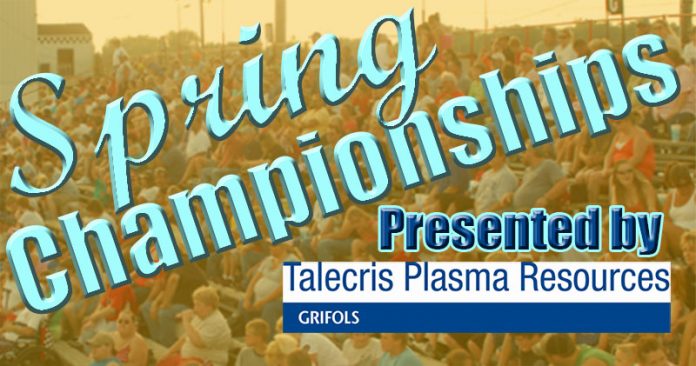 With the Pay Less Little 500 set for May 28, the local divisions take center stage at Anderson Speedway with the Spring Championships presented by Talecris Plasma Services. The speedway will host 165-laps of feature racing Saturday in five divisions.

Starting on May 25 the sprint cars take over action at Anderson Speedway with the Ivy Tech 60 for the Must See Racing Winged Sprints and two days of qualifying leading up to the 68th running of the Pay Less Little 500 presented by UAW-GM.

Double points are being awarded for competition on Saturday that could dramatically alter the point standings.

Nick Warner leads the Marcum Welding Pro Compact standings by 23 points over Jeff Williams. Both drivers have scored a feature win this year.

Dugger and Robbins have scored feature wins in 2016.

Jerry Swinford Jr. leads the standings in the ThunderCar Division by 33 points over Austin Hawkins.

Adult tickets are priced at $12 with $4 admission cost for children between the ages of 4 and 12.