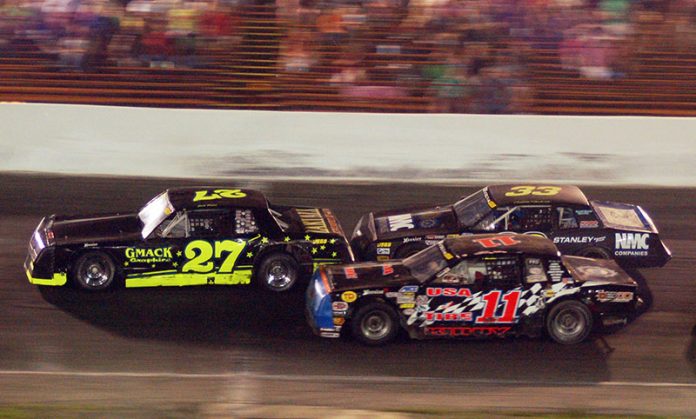 Anderson Speedway is honoring local public safety personnel with First Responders Night on Saturday. Fans will be able to view public safety equipment and during the intermission demonstration will take place with canine officer Rico. The five local racing divisions will be in the spotlight with features for all the divisions.

John Robbins is going for a third consecutive win in the Thunder Roadsters Division with Doug Dugger winning once.

Adam Lee and Randy Hoppes have both visited the winner’s circle in the Marcum Welding Pro Compacts.

Curtis Chapman is the latest feature winner in the Harts Auto Figure 8 Division with Jeff Swinford winning the first feature.

The Saturday racing card is a prelude to Pay Less Little 500 presented by UAW GM activities next week.

The Must See Racing Winged Sprints and Mel Kenyon Midgets are in action on Wednesday starting at 7 p.m.