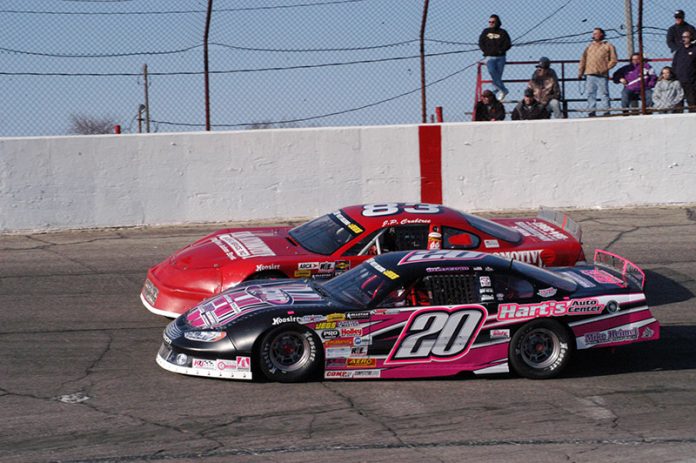 First responders will be honored at Anderson Speedway this Saturday on MoFab night at the track.

First responders displaying a badge or identification card will be admitted for free. There will be public safety vehicles on display.

The McGunegill Engine Performance Late Models tops the four divisions in action on Saturday. Jack Dossey III will be looking for his sixth feature win as he chases a second consecutive championship on the high banked quarter-mile oval.

Jeff Swinford is seeking his eighth feature win in nine races  in the Harts Auto Figure-8 Division. Two weeks ago Swinford lost the engine in his outlaw figure-8 car during a touring series event at Anderson Speedway.

Josh Dietz is the latest winner in the Legends Division, giving him two wins this season, tying him with Zack Miller. Miller won the Grant Fritz/Greg Dietzen Memorial race for the division in August.

The Indy Faskarts are also in action with their own unique brand of drafting at the speedway.