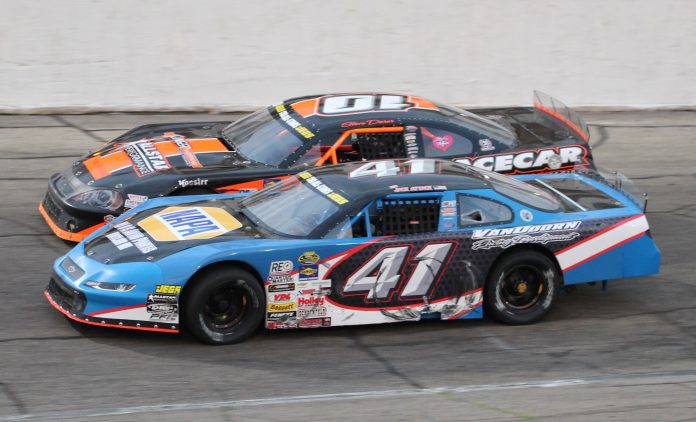 For the first time this year fans will be permitted to return to Anderson Speedway with the racing card featuring four traveling series. Highlighting the racing on Military Appreciation Night hosted by Double T Leather and Aerco Heating and Cooling on Saturday will be the Champion Racing Association’s JEGS All Stars Tour. Because of the coronavirus pandemic the speedway is following state guidelines. The number of fans will be limited to 50% capacity and the track is requiring people to maintain social distancing and use common sense.

Three former winners of the JEGS All Stars Tour are among the 26 entries for the race. Hunter Jack scored his first series win last year and is returning to defend his title along with 2014 race winner Steve Dorer and 2015 winner Eddie VanMeter. Defending McGunegill Engine Performance Late Model champion Zachary Tinkle along with Rick Turner, James Kirby, Mason Keller and J.P. Crabtree. Veteran drivers from around the country making the trip to the high banked quarter-mile oval include Travis Braden, Carson Hocevar, Cody Coughlin, Josh Brock and Dan Leeck.

The Vores Compact Touring Series is opening their 2020 campaign at Anderson Speedway with 41 teams entered.Last weekend Justin Brown won the Pro Compact feature which was a tune-up for the season opening event for the series.

The CRA Jr. Late Models will be in action for the first time in 2020 with 11 drivers entered. Qualifying takes place at 6:30 p.m. with racing action at 8 p.m. Adult admission price is $15, $5 for children between the ages of 5 and 12 and children under 5 are admitted free.