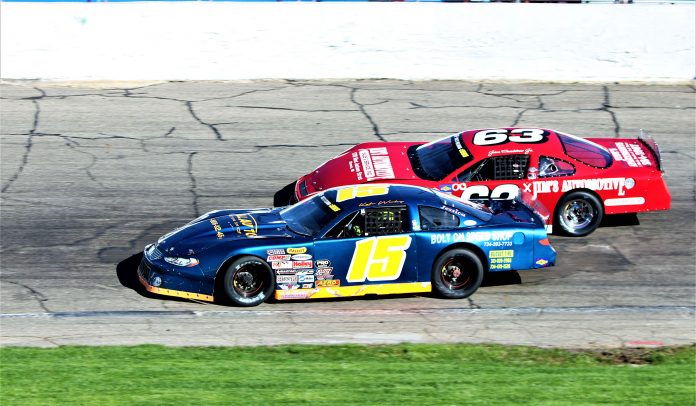 Seventy-five years ago racing started at what is now known as Anderson Speedway and the local racing facility is celebrating with two big nights of racing.

Best Way Disposal is hosting Figure-8 racing presented by Community Hospital Anderson on Monday that will include the traditional fireworks display.

The Front Wheel Drive and Ford Division will be competing in Figure-8 action and the Thunder Roadsters will be racing on the oval.

As always, the popular School Bus and Trailer races will be in action at the cross-over in Figure-8 mayhem.

On Saturday qualifying starts at 6 p.m. And racing action at 7:30 p.m. Adult tickets are $13, $5 for children between the ages of 6 and 12 and children under 5 are admitted free.