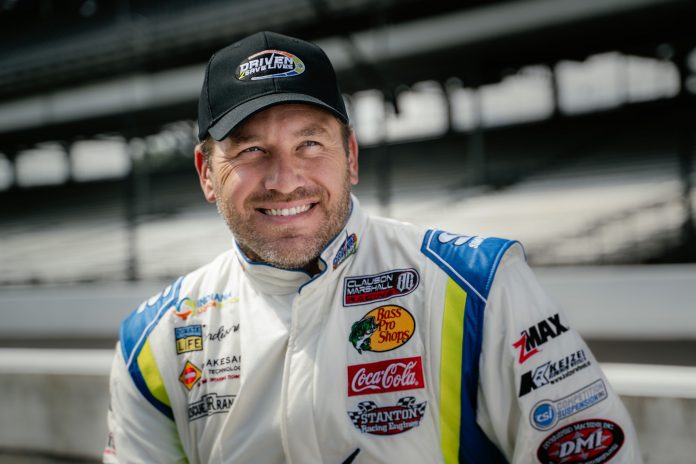 Ryan Newman, 44, from South Bend, Indiana will compete in his first Little 500. The 18-time NASCAR Cup Series Winner returns to the Hoosier State for his first sprint car race in decades. The 500 lap non-wing sprint car race will be held the Saturday of Memorial Weekend on May 28. The race boasts 33 sprint cars starting in 11 rows, 3 wide. On top of the 500 lap contest, each car is required to make two pit stops during the 500-lap event.

“I sat in the stands with my dad in the mid 1990’s watching Bob Frey, Eric Gordon, and Tony Elliott compete in the Little 500,” said Ryan Newman.

Newman cut his teeth in the late 1990’s competing in USAC Midgets, USAC Sprint Cars, and USAC Silver Crown Cars. Newman has captured two USAC Sprint Car wins in his career. One of the wins came at Anderson Speedway in 2000 in the Cheez-It 50. Newman battled Kasey Kahne for the win driving for car owner, Johnny Vance.

Newman will run the same car for the 2022 Little 500 that he won the Cheez-It 50 in 2000. The car has been run by Aaron Pierce in the Little 500 for many years and will continue to be prepared by Pierce’s team. Aaron Pierce will be running a new V6 powered Beast Chassis that the team debuted in October at the Tony Elliott Classic. Newman’s mental preparations for the Little 500 will be similar to his NASCAR preparations.

“I have been there, I have experienced it, and I know what it takes to get around there (Anderson Speedway),” said Newman. “It’s a pretty cool quarter mile, high banked track. It is just like a baby Bristol.”

In addition to Newman competing in the Little 500, he will also be partnering with the Indiana Donor Network and the Driven2Save Lives Campaign. Newman will be honoring the Van Acker family from Mishawaka, Indiana.

Robert Van Acker has been around racing all his life. He started drag racing on road courses throughout the U.S. and continued racing as an adult.

His uncle, Charles, entered the Indianapolis 500 five times and started three times from 1947 to 1949. Robert remembers going to the 500 as a young man and meeting famed drivers, spending time in garages and continually learning more about the sport.

Robert introduced his wife, Anna, to racing shortly after they married in 1998. “She loved the thrills that a fast car provided,” he said. “I took her to her first go-kart race in Talladega and she said, ‘I love this.’” Anna was intimately involved in racing as a go-kart competitor and fan for 35 years.

Anna died in May 2021 at age 55 from complications after heart surgery. She was a registered organ donor.

Newman’s car competing in the Little 500 will bear Anna’s name to honor her decision to register as an organ donor.

“The Little 500 is a prestigious, bucket list race that I’ve always wanted to race in,” said Newman, a South Bend, Indiana, native. “Raising awareness for organ donation while getting to enjoy my passion for open wheel racing is equally exciting for me. I’m even more excited to get to honor someone on my car who said ‘yes’ to donation.”

Fans can watch the Race LIVE on Mavtv Plus with a special rebroadcast taking place on Sunday, May 29 at 9:00am – 12:00pm on MAVTV Motorsports Network.