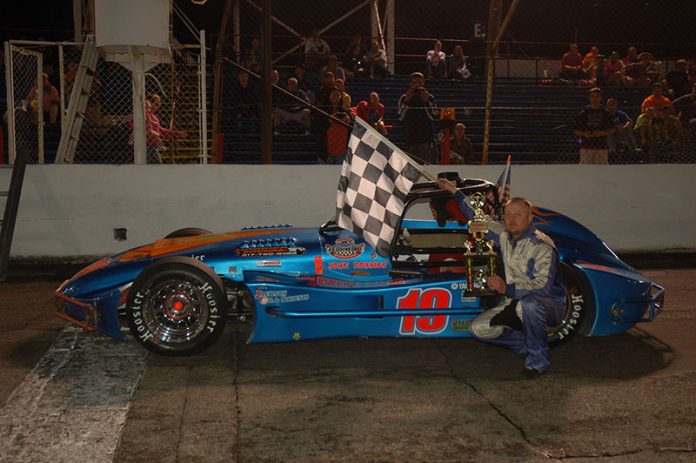 Defending Thunder Roadster champion John Robbins made it two consecutive wins as he passed Rodney Oliver with an inside move on the third lap.

There was a good battle during the middle stages of the race for the fifth spot between Oliver and Darrell Brown, with Brown finally claiming the position with an inside move coming off the fourth corner.

Early in the feature Oliver led the first two laps but once he was passed by both Robbins and Griffin he lost another spot to Dugger with an inside move entering turn one. Dietzen made a similar pass on Oliver on the tenth circuit.

Because of a rain delay there were no heat races on the Saturday racing program.