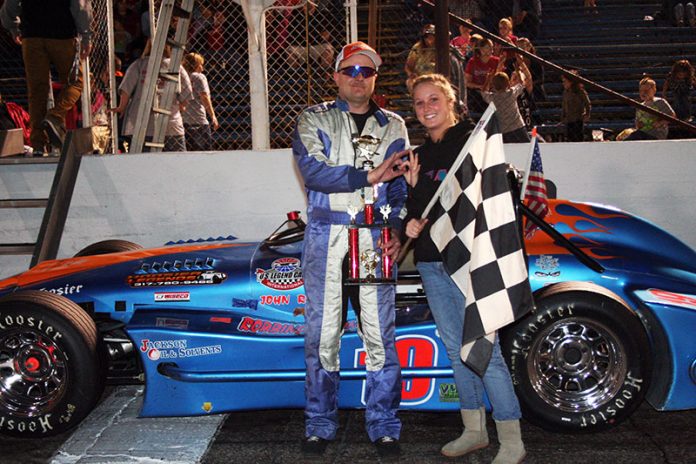 Frankton driver John Robbins captured his fourth feature win of the season on his way to the Thunder Roadsters championship.

Robbins was the fast qualifier and led all 30 laps to record the victory with Doug Dugger, looking to make it three wins in a row, closing over the second half of the race but never able to close to within more than a handful of car lengths.

“I’m glad we started up front,” Robbins said in the Tim Thompson Nationwide Insurance Winner’s Circle. “I just wanted to keep him (Dugger) behind me. I knew he had a fast car.”

Behind the two front-runners a gaggle of drivers swapped the third spot with Brad Kendle claiming the position.