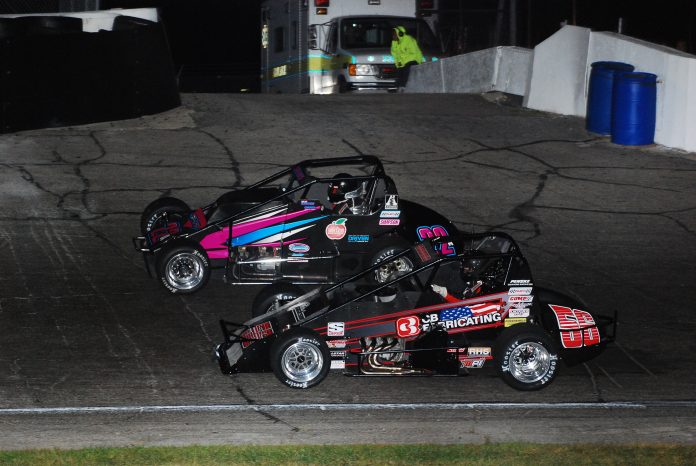 ANDERSON – Tyler Roahrig will be looking to three-peat in the Tony Elliott Classic tonight at Anderson Speedway.

Hinds has won twice at Anderson Speedway this year with Grissom scoring a victory on the high banked quarter-mile oval in June.

At the last race at the Indianapolis Speedrome Hinds swept the table setting fast time in qualifying and recorded victories in the heat and feature race.

Grissom finished second in the heat and feature event at the Speedrome.

Hinds win at the Speedrome allowed him to shave 27 points off of Grissom’s point lead.

Roahrig will be seeking this third victory in the 125-lap feature events at Anderson Speedway this year.

He finished ahead of Swanson and Dakoda Armstrong on Sept. 17 and in the Glen Niebel Classic bested Kyle O’Gara and Santos.

Local drivers that will be competing include Aaron Pierce, a former winner of the Tony Elliott Classic, Travis Welpott, Doug Fitzwater and Rob Keesling.

The Marcum Welding Front Wheel Drive division is in action on the oval.

Shane Reed is the most recent winner after early leader Trevin Lane was caught up in an accident.