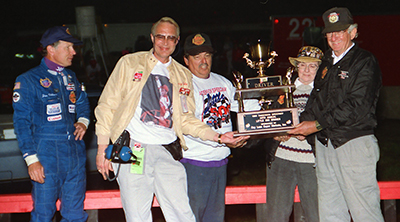 Long-time Little 500 supporter Larry Contos, 77, passed away September 23, 2018 due to an extended illness. Contos was a life-long Anderson resident and president of his family owned Pay Less Super Markets until being sold in the late 1990’s.

One of the primary reasons the Little 500 has continued to exist is because of the efforts of Contos in the late 1980’s. At the time, competitor and fan interest in the event had become non-existent. Contos used his family business, Pay Less Supermarkets, to breathe new life into the event. Pay Less Super Markets became the title sponsor in 1988. Contos, along with his sister Dixie, created a month long festival leading up to the race in hopes of bringing awareness of the event and community. In addition, the festival would help raise money that would be dispersed back into the community with local charitable organizations the beneficiaries. 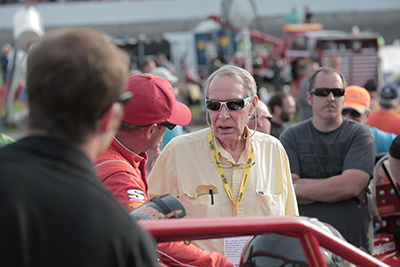 Contos’ involvement with the Little 500 dates back to 1970 when the local supermarket chain sponsored Buzz Gregory for the 1970 race. A few years later the Pay Less name would adjourn local driver Bob Leever’s car. Contos would put the Pay Less name on Bill Goacher’s car again in the 1985 race with Chet Fillip behind the wheel.

Local driver Steve Imel convinced Contos to purchase his own sprint car team in 1989 and let Imel drive. Contos eagerly purchased Tim Gee’s entire operation and made his debut as a little 500 car owner in 1991. Alexandria’s Donnie Adams brought home a sixth place finish in his inaugural event as a car owner. 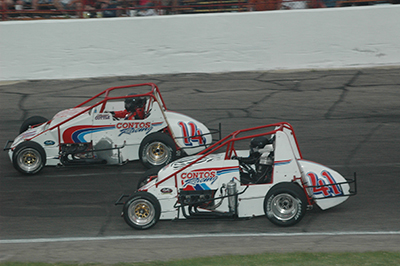 A Little 500 victory eluded Contos until Shane Cottle brought home the winning hardware in 2008. Brain Tyler would give Contos a second Little 500 victory four years later in 2012. Over the years, Tray House, Jason McCord, Robbie Stanely, Tony Hunt, Isaac Chapel, Brian Tyler, Steve Imel, Donnie Adams, and Shane Cottle have been behind the wheel for Contos here at Anderson Speedway at one time or another.