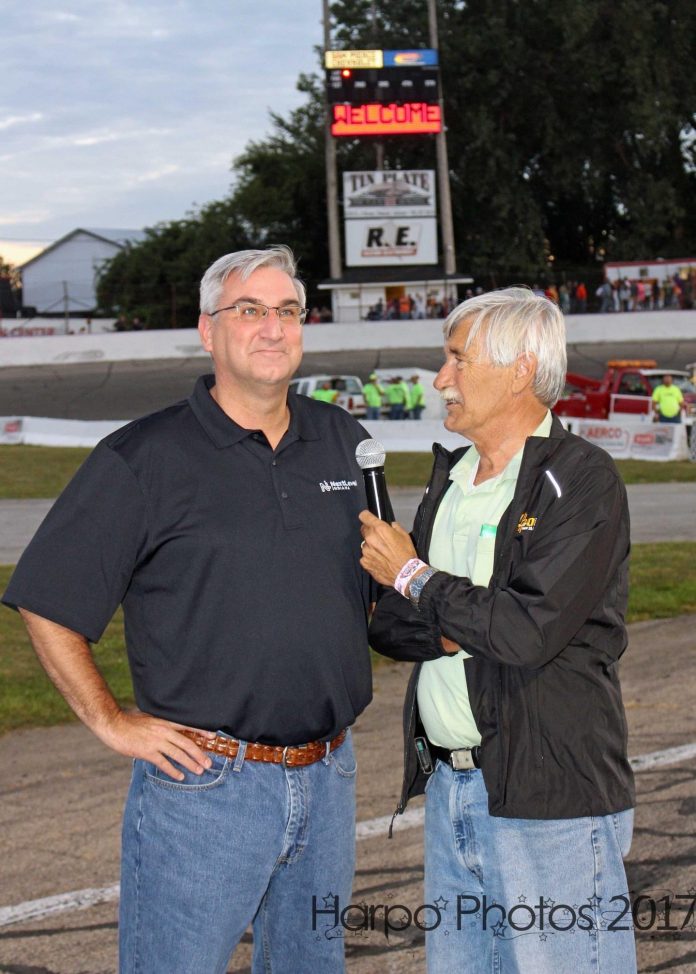 When I first moved to Indiana in the 1970s, I had no knowledge of the American Speed Association.

Growing up on Long Island the most popular form of racing in the Northeast were Modifieds. Low weight, high horsepower and wide tires that delivered plenty of side-by-side action.

After starting work at the Anderson Daily Bulletin in 1977, my interest in the Pendleton based ASA, led by Rex Robbins, grew.

Many drivers that would become household names to a national audience through NASCAR got their early start with ASA and competed at what is now known as Anderson Speedway.

Trickle’s famous quote about Anderson can still be heard in racing circles: “It’s like flying jet fighters in a gymnasium.”

What made ASA truly special were the drivers that competed with the series on a weekly basis no matter where the journey would lead.

It was these drivers that fans around the Midwest could cheer or jeer on an annual basis.

They were some of the bests in the nation when it came to short track racing.

The top rivalry was between Eddy, a seven-time champion, and Senneker with the most wins all-time, 85.

Eddy was dominant at Tri-City Speedway in Michigan and Senneker ruled at Berlin Raceway.

When we visited those tracks, the grandstands were packed with fans ready to cheer on a local hero or touring ASA star with intense passion, and just as likely to let the boos rain down on that week’s villain.

Rex and Becky Robbins had a dream of making ASA a national touring series for late models and it grew beyond their wildest dreams for many years.

There was a point fund, championship winnings and travel funds to help cover costs.

Eventually it led to an ASA specific car that was unique to the series and a national television contract.

Early on the series brought innovation to racing. No race ended under a yellow, the last five laps were always green. ASA was the first to use electronic scoring and the first to mandate the life-saving HANS device.

I had the opportunity to work for ASA starting in 1993 writing press releases and coordinating pre-race and post-race activities. My wife Kelly started working there in 1995.

For the next 12 years, we traveled the country from coast to coast and saw some great racing.

The Redbud 400 was one of ASA’s most prestigious races, and it has brought many memories for me and countless race fans and many more will be made in future years.

Steve Holtzhausen leading all 400 laps in 1994, Scott Hansen always seeming to find a way to finish on the podium at Anderson, St. Amant scoring his only Redbud 400 win in 1997.

It was a sad day when in 2006 it became clear that ASA under new ownership had not survived.

Today Anderson Speedway remembers those ASA days that started in 1968 with Sprint Cars and eventually became one of the most influential racing series in the U.S.

Even today, 16 years later, when I run into people at a race track around the country, I often hear “ASA was the best” and “I miss ASA”.

I miss ASA and the conversations shared with Rex Robbins, the drivers, the crews and the staff.

ASA was special and it started right here in Madison County.

An ASA Reunion party will take place from 3:30 to 5:00pm in the pavilion on the Midway. It will include a meet and greet, program and picnic-style meal. The reunion will include former drivers, car owners, crew chiefs, ASA staff and race officials and members of the ASA media. You can buy a special ticket that includes a ticket to the race and the ASA Reunion Party for $40. Tickets can be purchased by calling (765) 642-0206 ex. 121.