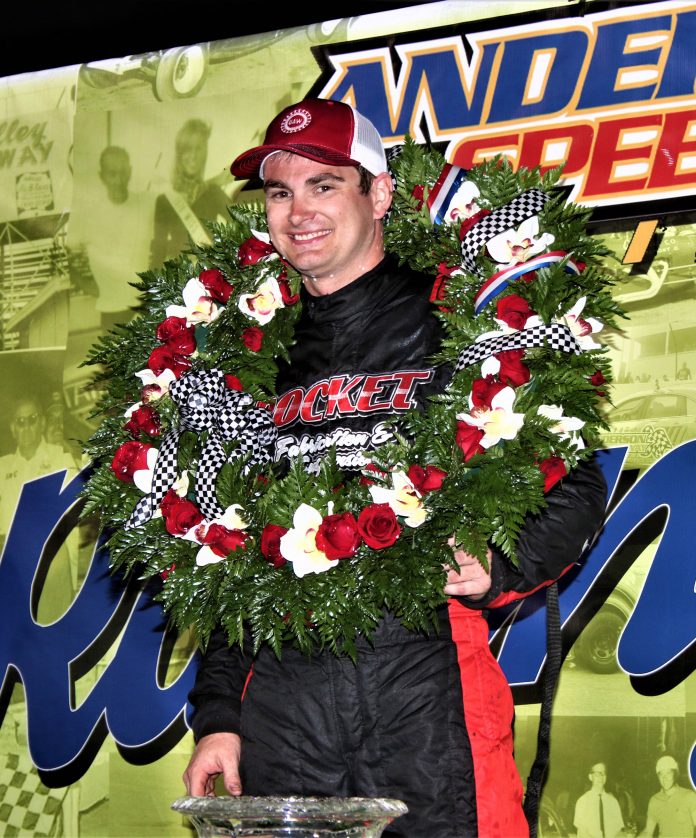 “Winning the Little 500 doesn’t take any pressure off of us,” said Tyler Roahrig. “I am just as motivated and excited for this year’s race as I have been in the past. However, I have, really enjoyed the new title of 2021 Little 500 winner over the past year.”

In just his sixth Little 500 start, Roahrig made it to victory lane. He started a career best 2nd and was able to follow pole sitter Kody Swanson through the opening stages of the race. In past years, Roahrig spoke how he can better position himself in the race.

“I want to improve on my maneuverability in traffic,” explained Tyler Roahrig. “I feel like we have shown that we have the speed to run upfront. I just want to continue to work on my pace in traffic so that we can be in a place to win at the end.”

Roahrig’s Little 500 career started back in 2015 when he made two starts driving for car owner, Tom Brewer. In the Spring of 2018, Tyler Roahrig and longtime engine builder, Evan Jackson, built a sprint car to compete in the 70th Little 500. He qualified in the 14th position and retired from the race on lap 432 finishing in the 15th position. He closed out the 2018 season with his first Tony Elliott Classic win.

In addition to his great accomplishments in a sprint car, Roahrig also competes in an outlaw late model on a regular basis. In 2021, he was the first driver to win the New Paris Summer Sizzler and Kalamazoo Klash at Kalamazoo Speedway. These are two of the biggest outlaw late model races.

“I am focused on making the car faster,” said Tyler Roahrig. “I have been thinking of set up changes and new shock builds. I tried a new set up at the Tony Elliott Classic in the fall, that I was happy with.”

Roahrig nearly re-set the track record in qualifying for the Tony Elliott Classic. He ran a 10.992 and missed Aaron Pierces track record of 10.944 that was set in 2011. All eyes will be on Tyler Roahrig come May.

The 74th Annual Lucas Oil Little 500 presented by UAW will take place on Saturday, May 28. Practice will be Wednesday, May 25. CB Fabricating Pole Day is Thursday, May 26. The Tin Plate Fine Food & Spirits Bump Day is Friday, May 27. Practice, qualifying and the race will be streamed live online through MAVTV Plus. A special rebroadcast of the race will be shown on MAVTV on Sunday, May 29 from 9:00 a.m. – noon EST.