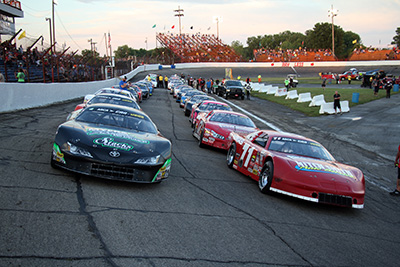 The 53rd running of the Redbud 400 tops a full weekend at Anderson Speedway.

Two time CRA JEGS All Stars Tour champion Jack Dossey III, who picked up his first CRA Super Series win at Anderson Speedway in April is returning to what his considered his home track. Dossey was a two-time McGunegill Engine Performance champion at the speedway.

It will be a busy weekend for Marcum and Tinkle as the McGunegill Engine Performance Late Models will be in action on Saturday. Tinkle, with one win this year, leads Marcum by 48 points. Marcum has three wins this season.

Sam Butler is coming off his first Anderson Speedway feature win in the Legends division that will also be racing Saturday night along with the Midwest Champ Kart.  The racing program begins at 7:30 p.m.