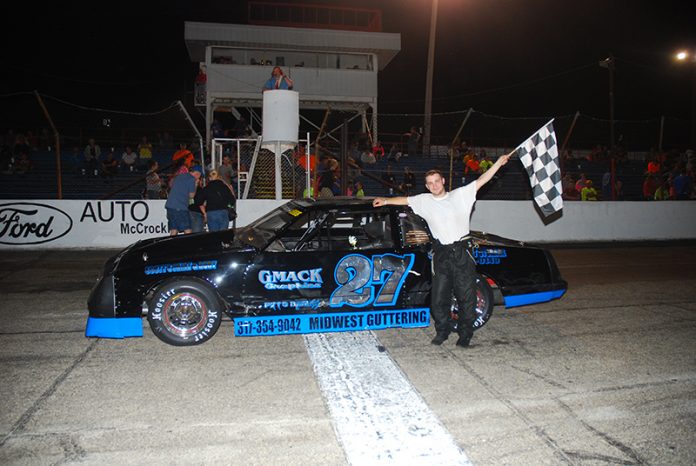 With a new engine in his car, Anderson’s Josh Poore set fast time during qualifications and then cruised to the Street Stock Spring Championship victory.

With the Champion Racing Association’s Street Stock Division making appearances the next two week at Anderson Speedway for a 75-lap feature next Saturday and a 200-lap race on June 20, Poore showed he will be a threat to score the win on both nights.

There was an excellent field of 18 Street Stocks on hand for the Spring Championship race with the fastest 15 separated by less than a second.

Taking command from the start Poore led all 35 laps in a race that went caution free and saw several drivers running in the top five succumb to mechanical problems.

Jimmy Kirby moved into the second spot with an outside move of Myers in turn one on the sixth circuit.

The first driver running in the top five that failed to finish was Phil Jenkins, who slowed on lap eight. Four laps later Kirby’s night ended and on lap 19, Brandon Mefford slowed.