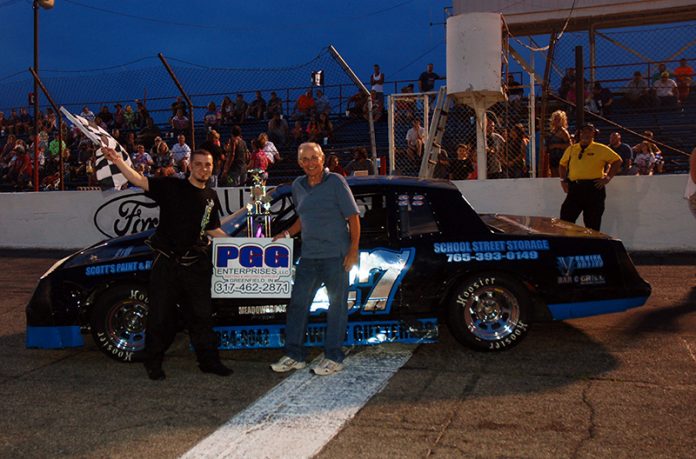 For the first time in 2015 Poore made a clean sweep of Street Stock competition by setting quick time, winning his first heat race of the year and followed that up with the feature victory.

Poore swapped the point with Willy Dehart in the opening laps of the 30-lap feature before taking control of the race to win in a dominating fashion.

Behind Poore there was a spirited battle for the second position between Dehart and Andrew “Mighty Mouse” Cook for the final 25 laps of the race. Cook was never able to get inside of Dehart to make the pass for the runner-up position.

Jeff Hopkins and Missy Bagienski rounded out the top five.

Poore won the heat race by getting inside of Cook entering turn one on the third circuit and then passing Joe Pulley for the lead coming off the fourth corner.

Following Poore to the checkered flag were Cook, Pulley, Dehart and Hopkins.

During qualifications Poore posted the quick time at 13.983-seconds for his fourth fast time of the season followed by the 14.159-second lap by Cook and Dehart’s time of 14.341-seconds.