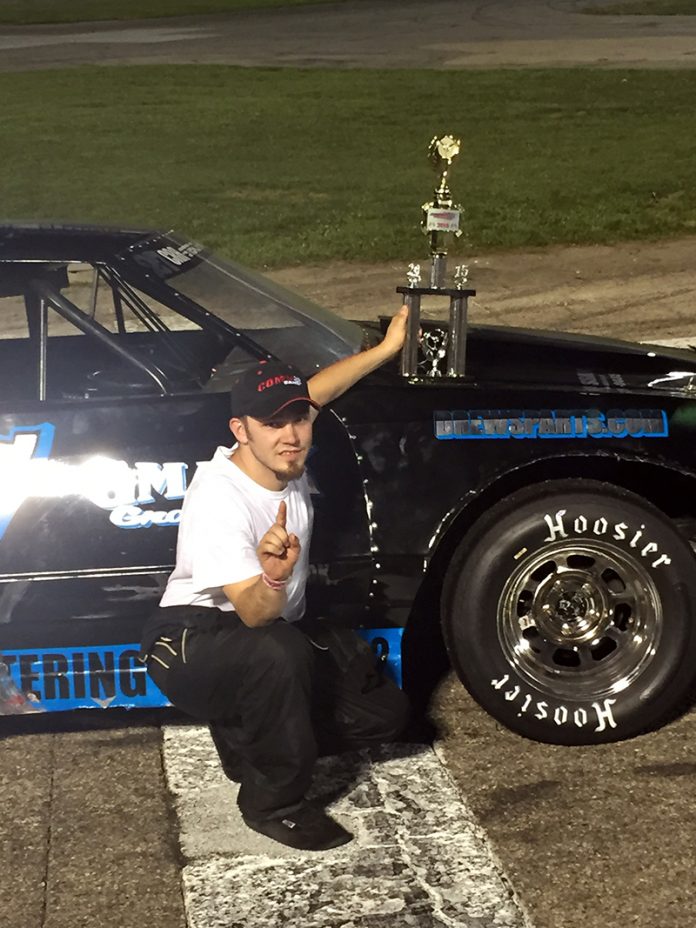 Poore recorded his fourth overall win and first in CRA competition this year and took over the season point lead when Jason Atkinson crashed on lap 40 after contact with Ryan Amonett in turn three.

He had to survive two restarts both times holding off Marsh, who surrendered the second spot to Colby Lane on lap 43.

Marsh held on to finish third followed by Amonett, and Jacob McElfresh rounding out the top five.

Adam Lee took advantage of lapped traffic on lap 16 to pass Chris Jennings and then survived a near spin in turn one to record his sixth feature win of the year.

As he has done all season, Lee claimed his sixth fast time of the year and then went out and captured the feature.

Jeff Swinford tailed early leader Nick Warner for 21 laps in the Hart Auto Figure 8 feature but took advantage of a lapped car to record his sixth feature victory of the year.

Warner was able to hold Swinford at bay by running the preferred line but when he encountered the lapped car of Larry Southerland on lap 23 that opened the door for Swinford.

Swinford was able to get inside of Warner on the back straight and took the lead entering turn one. Warner finished second followed by Bruce McFall, Camden Creek and Larry Southerland.