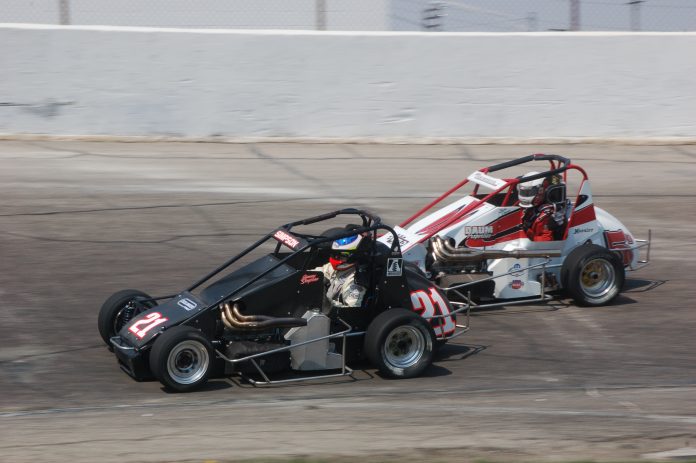 Anderson, Indiana (November 23, 2020): After a ten-year hiatus, pavement midgets will make a return to the famed quarter mile of Anderson Speedway. Midgets will compete on two occasions in 2021 on July 10 and October 2.

“One of the questions I get asked a lot is if we are ever going to bring back pavement midgets,” said Jared Owen – Vice President of Operations, Anderson Speedway. “So, this addition I think will make a lot of fans happy. Kasey Coler at Lucas Oil Raceway has put a lot of effort into bringing midgets back to Central Indiana. We are excited to add two additional races for the 2021 racing season.”

The last midget race contested at Anderson Speedway was on June 3, 2011. It was sanctioned by United States Speed Association (USSA). They competed in a 50-lap feature that saw New Castle, Indiana driver Dalton Armstrong go to victory lane. Armstrong was the 2016 Redbud winner in a super late model at Anderson Speedway. He qualified a Jerry Powell Racing entry into the Little 500 in 2020 but did not start the race.

Midgets will join Non-Wing Sprint Cars on both occasions in 2021. The first being the 20th Glen Niebel Classic on Saturday, July 10. This race will run the Saturday before the Redbud 400 which is scheduled for Monday, July 12. The Redbud 400 is a super late model race that has been contested since 1967. Fans are encouraged to spend the entire weekend at Anderson Speedway and camp for free! The second event for pavement midgets will be ran on Saturday, October 2. It will be in conjunction with the 6th Annual Tony Elliott Classic non-wing sprint car race.

Additional Information on 2021 midget races are being finalized and will be released in the near future.

Anderson Speedway is entering its 74th year of operation. The quarter mile oval boast turns with 17 degrees of banking. The track has seating that encompass the entire racetrack. The Speedway operates from Late March – October each racing season. The track is located 30 minutes north of Indianapolis off Interstate 69. For more information on Anderson Speedway visit www.andersonspeedway.com.