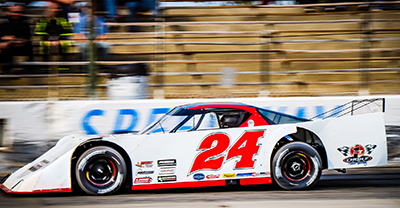 The inaugural race for the series took place last Saturday at New Paris Speedway with Steve Needles coming through the field for the victory. Needles took the lead with five laps remaining after Roahrig fell off the pace with less than ten laps remaining while battling with his dad, JR, for the point. Shawn Amor and JR Roahrig got together on a restart ending the elder Roahrig’s night. Jack Landis would finish second with Amor coming home in third.

James Kirby will be seeking to keep his perfect season going in ThunderCar action looking for his fourth feature win. The Hart’s Auto Ford Division will be competing in two feature races along with the Marcum’s Welding Front Wheel Drives.