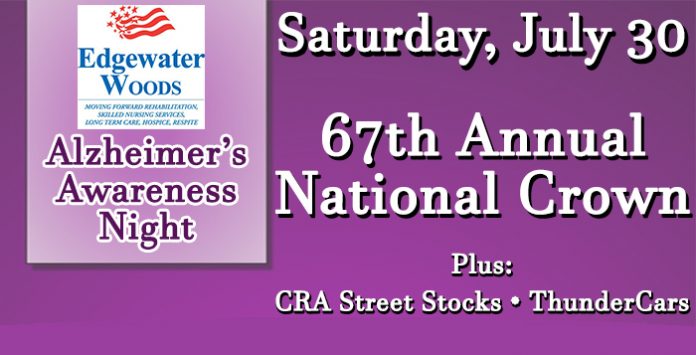 The CRA Street Stocks will be competing in a 75-lap feature with Josh Poore and Jason Atkinson scoring wins this year at Anderson Speedway.

Poore and Mason Keller have both scored feature wins in Street Stock competition at the local track.

The Thunder Cars will be in action where Marklesville’s Randy Hoppes has recorded four consecutive wins.

Adult tickets are priced at $12, children between the ages of 6 and 12 ticket price is $4.

Wear a purple shirt and get $1 off the price of an adult ticket.