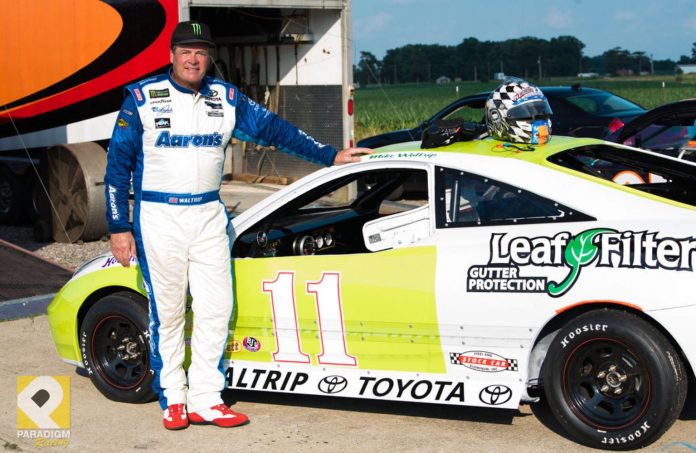 Michael Waltrip will be making his second racing appearance with the VORES Compact Touring Series presented by Mercer County Electric. In 2019, he ran at Shadybowl Speedway in DeGraff, Ohio. Waltrip will be racing a Toyota Celica. A full field autograph session and on-track driver introductions are scheduled for that evening. Waltrip will also participate in a Q&A session with the fans on the front stretch. Michael Waltrip has never made a start at Anderson Speedway but brother Darrell made three starts in the Redbud 400.

Steve Vore stated, “The track’s racing is always exciting, along with the history of drivers that have competed at the Speedway. The track has seen Tony Stewart and Kenny Schrader race in the Little 500; Erik Jones and Kyle Busch in the Redbud; now Michael Waltrip racing with the VORES Compact Touring Series shows why Anderson Speedway is one of the greatest short tracks in America!”

The first VCTS race at Anderson Speedway will be on Easter weekend. The Easter Bunny 30 will be part of the Golden Ticket mini series.  The top three finishers receive a Golden Ticket to the A-Main at Bristol Motor Speedway. In conjunction with Easter, drivers and teams will set up an Easter Bunny Trunk or Treat in the midway for fans. VCTS will be joined by the CRA Street Stocks and CRA Sportsman for a great evening of racing. The spring race in 2019 was won by Markleville, Indiana’s Trent Gossar beating 44 other competitors.

VCTS will race a third time on June 13th. They will accompany the JEGS/CRA All Stars who will compete in a 100-lap feature. The 2019 race was won by West Liberty, Ohio’s Gary Eaton Jr. He went on to finish second in the 2019 VCTS points standings to his cousin 2019 VCTS Points Champion, Terry Eaton Jr.