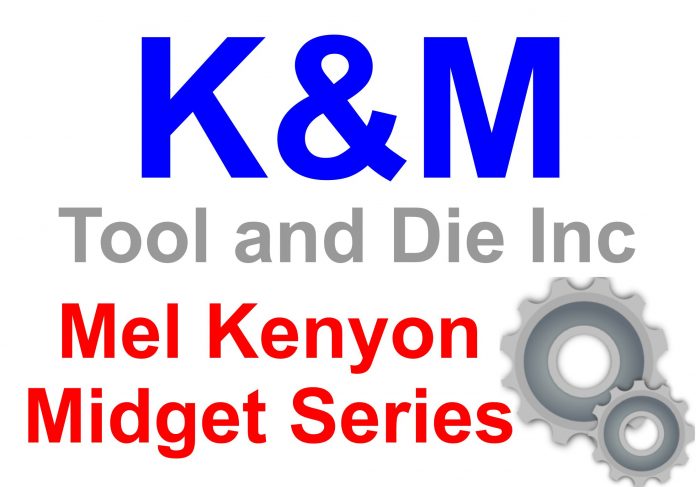 Based in Lebanon (IN), K & M Tool and Die has developed and manufactured items from concept to prototype and eventually to production. K & M Tool and Die provides milling, turning, jet machining, welding, ultra-sonic cleaning, wire basket repair and component assemble to a wide variety of industries.

“Throughout our history, we have continued to diversify our capabilities. We are currently pursuing patents on 5 new products and have been major contributors to nearly 50 other products. We are a system design-build manufacturer, capable of all required facets including mechanical, electrical, and controls. We concept, design and develop products using our 30 plus years of experience and problem solving capabilities,” describes John Kouns.

K & M Tool and Die Owner and Operator John Kouns explained his reason for sponsoring the K & M Tool and die Midget Series, “We decided to sponsor the Mel Kenyon Midget Series for an opportunity to provide young people an educational and safe means of racing in a professional, competitive and enjoyable environment.”

Kouns continued, “The knowledge gained by these young racers will grant them the ability to handle many failures and successes later in life and perhaps give them a start in opportunities with future hobbies or careers.

“It’s exciting to have K & M Tool and Die join our series as the Title Sponsor,” said USSA President Don Kenyon. “K & M is a growing company, right here in Lebanon. The Kouns family are racers and we want to thank them for taking the next step as the Title Sponsor of The K & M Mel Kenyon Midget Series” Kenyon continued.