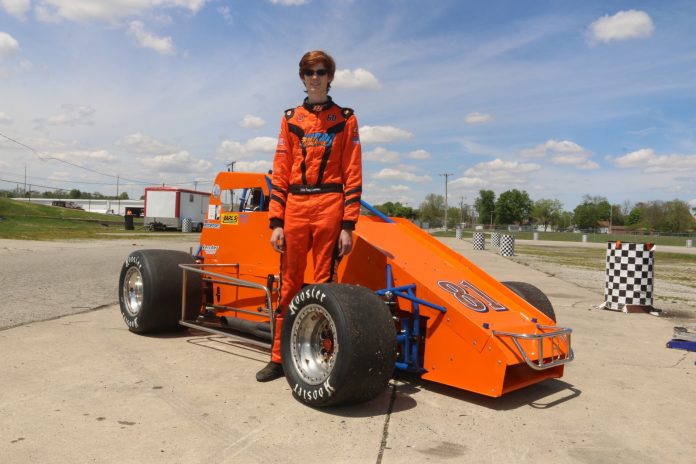 The Mel Kenyon Midget series has been the breeding ground for open wheel drivers at Anderson Speedway. The series has produced past winners of the Little 500 including Jacob Wilson, Chris Windom, and Kyle Hamilton. The newest Mel Kenyon Midget champion, Trey Osborne from Columbus, Ohio has graduated from the series and will be looking to make his first start in the Little 500.

Like many young drivers in the country, Osborne got his start in quarter midgets. After some progression through quarter midgets he searched for his next step. After testing many different series, he landed on Midget racing. Through a partnership with Don and Mel Kenyon, he began his formal education in racing. In just his first season in running a Kenyon midget, Osborne was honored with the Bob Carey “Up and Coming Driver Award”. Osborne was able to progress very quickly with achieving the win in the inaugural Don and Mel Kenyon Classic held the night before the Little 500 at Anderson Speedway. In his three years of racing in the Mel Kenyon Midget Series he collected five victories.

Over this past winter, former Mel Kenyon Midget racer and past Little 500 winner Kyle Hamilton introduced the Osborne family to long time car owner Mike Blake. Blake has been a staple around pavement sprint car racing for many years. Blake, before stepping out of the driver’s seat, made 12 starts in the Little 500. His best finish came in 1998 where he finished in the 12th position. After hanging up the helmet, Blake has partnered with young drivers.

Blake is entering his 50th season of racing. He made his first laps in a race car at Dayton Speedway in Dayton, Ohio. As the story goes, Blake had been working to convince his dad to let him race for many months. After much persuasion, his dad allowed him to finally race. Blake drew a pill that placed him on the front row of the heat race. His father instructed the young Blake to drop to the back and start from the rear. Blake decided to ignore his father’s request and went on to win the heat race in his very first start.  Now that he has focused on the ownership role, Blake will be working with another young driver in Trey Osborne.

Osborne has committed to run all of the Anderson Speedway sprint car races with Mike Blake in 2019. Five of those races are non-wing races and one winged sprint car race with Must See Racing Winged Sprint Cars. He made his first wing start on Saturday, May 4. He was able to qualify in the 9th position. After the invert of 10 cars he started on the outside of the front row. He was able to finish the race in 8th place. Osborne will carry sponsorship on his machine from Leigh-Osborne Home Sales, DJ Safety, and Chips Customs and Collision.

Little 500 week will kick off with practice this Wednesday from 12:00pm-5:00pm. After practice on Wednesday, the Tin Plate Fine Food and Sprits of Elwood will be hosting a pit party for race teams in the pits. For a full list of Little 500 events visit Andersonspeedway.com.