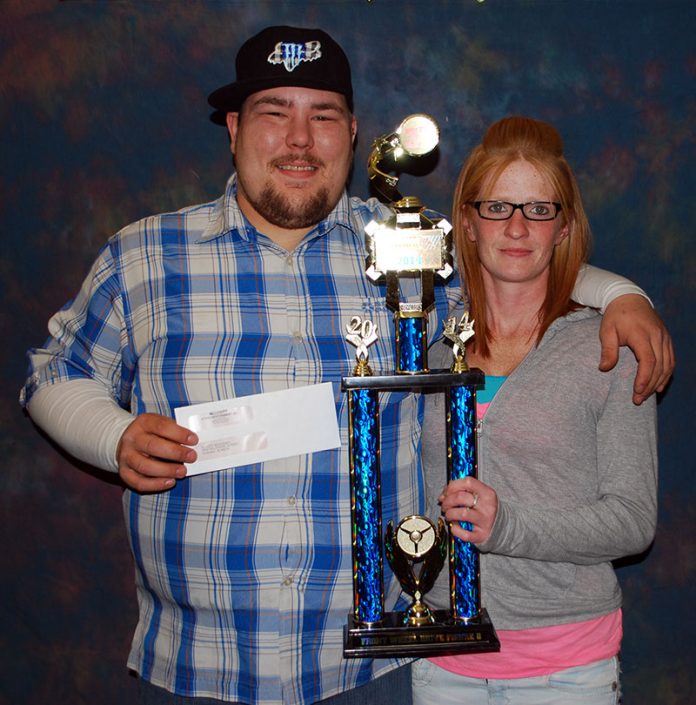 Elliott McKinney is part of a family with a long history at Anderson Speedway and after a decade of competition “Big Daddy” claimed a track championship.

Nick Warner, who was not eligible for the championship, dominated the year winning the majority of the feature events.

Driving for Jeff Williams and sharing the driving duties, the two drivers recorded a heat win, ten top five and 21 top ten showings during the year

“It was a great year,” McKinney said of the Front Wheel Drive Figure-8 Division title.

“I want to thank my old lady for buying me cars and my dad for working on the cars,” he said.

McKinney also took home the Sportsman of the year honors for the division.

His car owner, Andy Keller, won the Dedication award for the division.

Jeff Williams finished third in the point chase followed by Kamden Creek and Randy Hoppes, who scored a feature win in 2014.