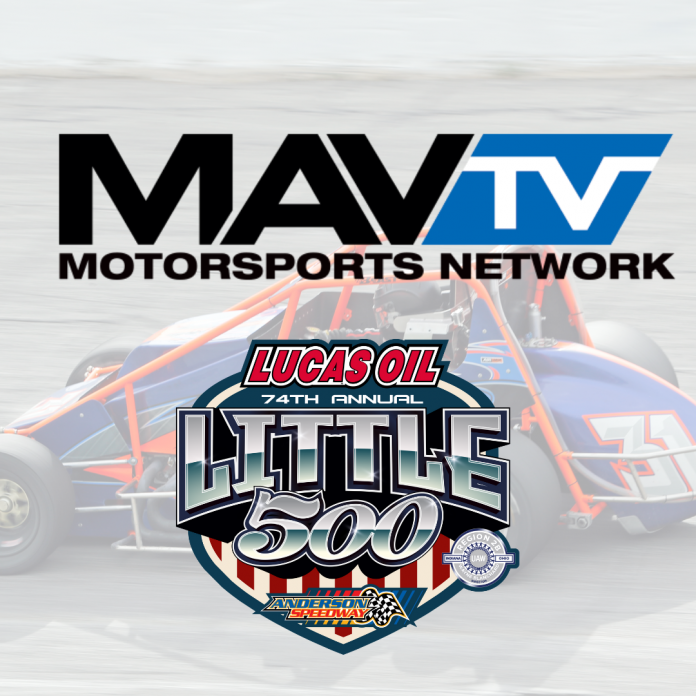 MAVTV Motorsports Network has partnered with the 500 Sprint Car Tour presented by Auto Value/Bumper to Bumper Part stores to bring the three races Live to a national television audience. Three additional races during the inaugural 500 Sprint Car Tour season are also scheduled to be aired on MAVTV on a tape-delayed basis.  In addition to this, the Lucas Oil Little 500 presented by UAW, a non-point race for the series, will air next-day tape delayed on MAVTV.

“History has a way of repeating itself and we are seeing that with the pavement sprint car scene.  It is rising in prominence once again, similar to how it was in the glory days and we are proud to have that on the MAVTV Motorsports Network,” said Bob Dillner, Sr. Director of Programming & Development for MAVTV.  “We wanted to spotlight the 500 Sprint Car Tour in a prominent fashion with a combination of live and primetime offerings on MAVTV.  I believe this is awesome racing for our network and also great exposure for all involved with the series.”

In addition, all of the Tour Races, plus the 74th Annual Lucas Oil Little 500 presented by UAW, will be shown live on streaming platform MAVTV Plus.

2022 will be the inaugural season of the 500 Sprint Car Tour. The tour features non-wing pavement sprint cars. These unique open-wheel race cars with extreme horsepower produce high-speed, side-by-side racing. Drivers from across the country compete as the tour travels the Midwest from early May through mid-October. This season the tour will visit prominent and historic tracks in Michigan and Indiana.

“We are excited to partner with MAVTV for the Inaugural 500 Sprint Car Tour,” said 500 Sprint Car Series Director, Jared Owen. “Non-Wing pavement sprint car racing has been on the rise the past three or four years. We are excited to show fans how competitive and entertaining this series can be. We have a mix of veterans and rookies competing in 2022, which should make it fun to watch.”

MAVTV will once again broadcast the prestigious 74th Annual Lucas Oil Little 500 presented by UAW at Anderson Speedway. The race has been a mainstay on the racing calendar, being contested the Saturday of Memorial Day weekend (May 28). Thirty-Three Non-Wing Sprint Cars start the race in eleven rows of three for the 500-lap contest. In addition, every team is required to make two pit stops within the infield figure-8 course of the speedway. The live stream for the race can be found on MAVTV Plus. A special three-hour post-production broadcast will be shown live on MAVTV to a national television audience the next morning (May 29) from 9:00am – 12:00pm est.  For all those that missed the initial airing, the Little 500 will also re-air at 8pm ET that same night.

The three races being shown on live MAVTV are the Thursday June 30th show at Lucas Oil Indianapolis Raceway Park and another at the famed track on Monday, August 1st.  The final live MAVTV show of the year will be the 7th Annual Tony Elliott Classic at Anderson Speedway on Thursday, October 6th.

A yearly subscription to MAVTV Plus, which gives viewers access to all of the Live racing, along with the MAVTV library of content, is priced at $99.99. The app is available for download on major mobile and streaming devices and can also be accessed via an internet browser. Additional information can be found at www.MAVTV.com. 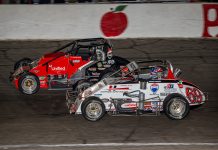 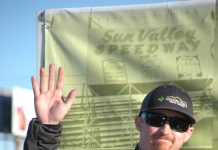 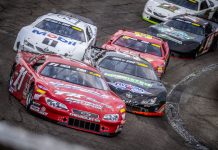