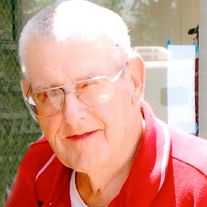 Finley was born on October 19, 1935 in Poneto to Donald & Helen B. (Brunegraff) Lane. He graduated from Bluffton High School with the class of 1953. He worked for Trailways in Fort Wayne for many years. He started out working with his father in theater promotions, and continued over the last 50 years. He worked at many race tracks and racing organizations over the Midwest since 1959. He was proud to be inducted in the Little 500 Hall of Fame.

On February 10, 1957 in Daleville, Finley & Celia Belle (Pederson) Lane were married. She preceded him in death on February 26, 2000. He enjoyed the companionship of Linda Schneider who passed in 2014.

He is preceded in death by his parents along with a step mother Daisy Lane.

A Service to celebrate Finley’s life will be held at 10:30 a.m. on Thursday (September 17, 2015) at the Thoma/Rich, Lemler Funeral Home in Bluffton. Calling hours will be held from 12 noon on Wednesday to 8:00 p.m. at the funeral home and for one hour prior to the service on Thursday.

Burial will take place at Grove Cemetery in Poneto. Memorials may be made in Finley’s memory to the Poneto Volunteer Fire Department. Funeral arrangements have been entrusted to the care of the Thoma/Rich, Lemler Funeral Home in Bluffton. Friends can share memories and online condolences at www.thomarich.com.