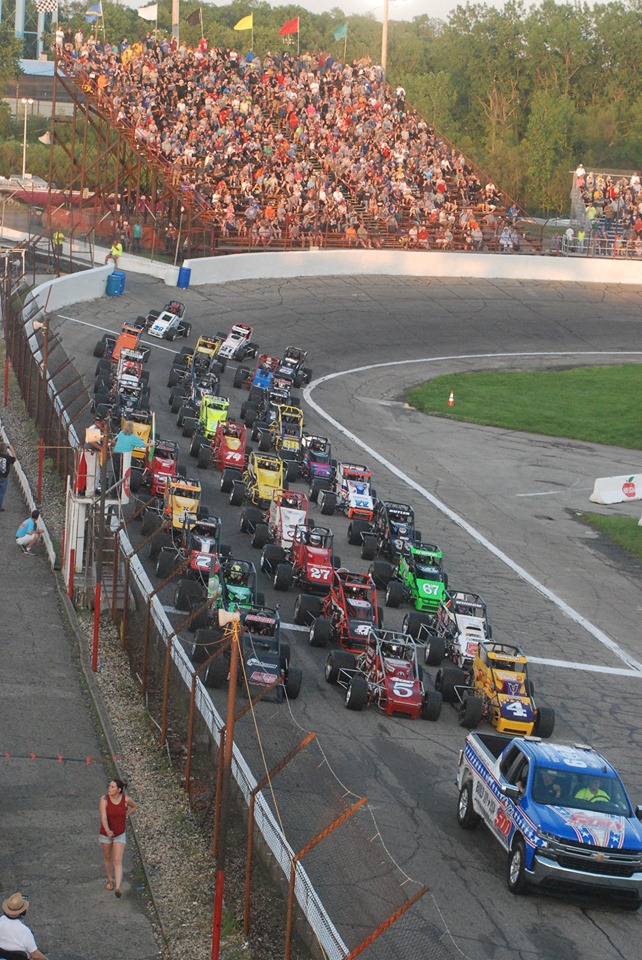 CORONA, Calif. (April 12, 2021) – MAVTV Motorsports Network has partnered with Indiana’s Anderson Speedway to bring the 73rd Annual Pay Less Little 500 presented by UAW to a national television audience. The Little 500 will be shown live on MAVTV’s newly announced streaming platform MAVTV Plus and shown with an enhanced broadcast on MAVTV at a later date.

“The heritage of racing in Indiana is an integral part of the culture of racing in America and the Little 500 is a significant part of that,” said Morgan Lucas, President of Lucas Oil Products.  “We have been involved with the Indianapolis 500 with our company for years and now we are proud to be part of a race at Anderson Speedway that helps shape who we will see at The Brickyard in years to come.”

The 73rd Annual Pay Less Little 500 presented by UAW has been a mainstay on the racing calendar, being contested the Saturday of Memorial Day weekend (May 29). Thirty-Three Sprint Cars start the race in eleven rows of three for the 500-lap contest. In addition, every team is required to make two pit stops within the infield figure-8 course of the speedway.

The quarter-mile high-banked paved oval, located 45 minutes north of Indianapolis, boasts 17 degrees of banking in the corners. The 74-year-old facility continues to entertain fans of all ages every week in the spring, summer and fall.

In addition to the Little 500, MAVTV Plus will also live stream all the Non-Wing Sprint Car races, including the 20th Running of the Glen Niebel Classic (July 10), Saturday Night Sprints (July 31st), and the 6th Annual Tony Elliott Classic (October 2nd). This season full-size Pavement Midgets will make their first appearance at Anderson Speedway since 2011. They will join the Sprint Cars on Saturday, July 10 and Saturday, October 2. MAVTV will show all racing divisions from each night on the live stream.

The Motorsports Network will show post-production broadcasts of the 73rd Annual Pay Less Little 500 presented by UAW, Glen Niebel Classic, Saturday Night Sprints and 6th Annual Tony Elliott Classic to a national television audience on MAVTV. A two-hour broadcast will be produced for the Little 500 with a one-hour broadcast for the three additional open-wheel races.

MAVTV will also be present for the always exciting Labor Day Weekend Night of Thrills. The Night of Thrills will be a part of the Lucas Oil “On the Edge” program on MAVTV.

A yearly subscription to MAVTV Plus, which gives viewers access to all of the Live racing, along with the MAVTV library of content, is priced at $99.99. The app will be available for download on major mobile and streaming devices and can also be accessed via an internet browser. Additional information can be found at www.MAVTV.com.

MAVTV Motorsports Network is the only television network in the U.S. dedicated exclusively to motorsports. MAVTV offers an unparalleled line-up of exclusive and unique events. MAVTV goes beyond the national mainstream motorsports events to include grassroots racing from across the globe: drag racing, pro motocross, sprint boats, rally cars, short course off-road truck racing, sprint cars, pro pulling, drifting, ice racing, and everything in between. MAVTV knows you don’t have to be a race fan to be an automotive enthusiast, which is why we have developed a package of automotive reality and custom build shows that are truly second-to-none. From 24/7 automotive and motorsports content on MAVTV Motorsports Network to the free and exclusive content available on MAVTV Select and the on-demand streaming service of MAVTV Plus, if it has a motor, it’s probably on MAVTV – The Motorsports Network!