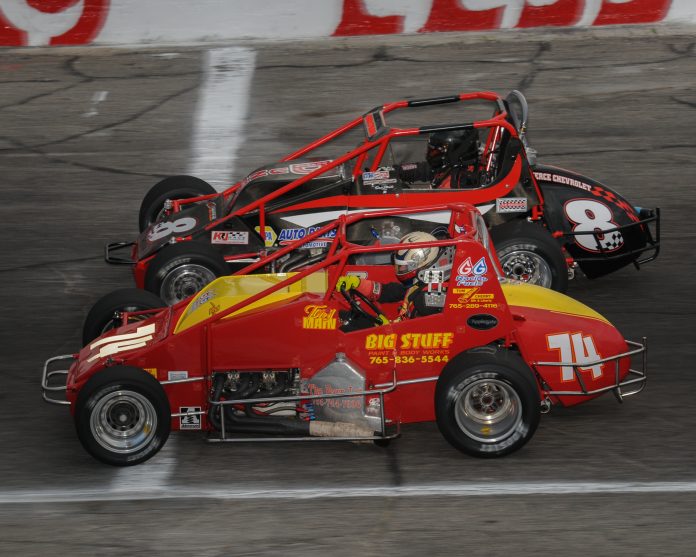 Anderson Speedway has entered into a partnership with Woof Boom radio to broadcast live the 71st Annual Pay Less Little 500 presented by UAW. Wolf Boom will broadcast the May 25th race on Anderson’s WHBU 1240AM and 103.7 FM, along with Muncie’s Sports WXFN 102.9 FM and 1340AM. Anderson’s own Brian Hammons will be calling the race alongside Little 500 and Indy 500 veteran Tom Bigelow.

“One of my first priorities after joining Woof Boom was to establish a relationship with the Anderson Speedway,” said Brian Hammons. “I’m thrilled that we’re broadcasting one of the most exciting races in the world in the Pay Less Little 500 presented UAW and also the Redbud 400 which is always one of my favorite races.”

WHBU has seen a restructure of its radio programming over the past couple months. The local radio show has a new morning host mitch Henck, whose primary focus is all things Anderson. WHBU is also going to focus on bringing more local sports to its radio programming with special emphasis on more High School sports and racing taking place at Anderson Speedway. In addition to the 71st Annual Pay Less presented by UAW, WHBU will broadcast the Redbud 400 live on Monday, July 15.

“We are excited to bring the Little 500 back to local radio,” explained Jared Owen, Anderson Speedway. “Many fans around east central Indiana grew up listening to the race broadcast on Saturday Night of Memorial Day Weekend. The partnership with Woof Boom radio was a no brainer so we could bring the race live to fans in Madison and Henry Counties.”

Joining Brian Hammons and Tom Bigelow as the pit road reporter is longtime Woof Boom employee Wade Stokes. Stokes knowledge of the event is something that dates back many decades. Tom Bigelow has made two starts in the Little 500. His first start took place in 1965 for car owner Merle Heath. Bigelow qualified 4th and finished in the 7th position. Bigelow returned to the famous quarter mile 27 years later to try his hand at the Little 500. Bigelow was caught up in an early accident that ended his race on lap 30.

Brian Hammons returns to the Anderson area after growing up in the city. His name might sound familiar from his time working for WRTV, WTHR, and Fox 59 in Indianapolis. Hammons then transitioned to the GOLF Channel where he spent over 20 years. Hammons brings a wealth of experience to the broadcast and a longtime passion for racing.

In addition to the Live Radio, Speedshift TV will be bringing the race live on Pay-Per-View. Fans can order the pay-per-view by visiting speedshifttv.com.