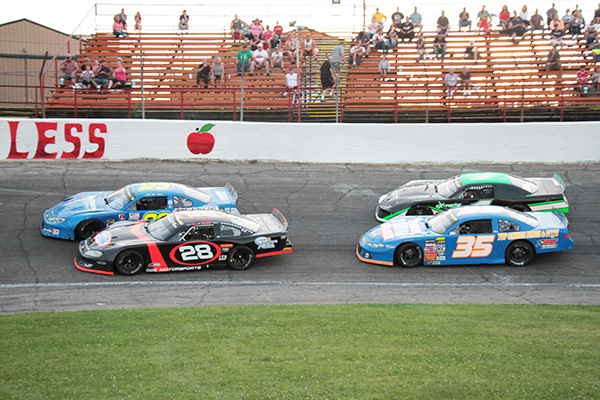 In their next to last appearance the battle for the championships in the CRA Late Model Sportsman and Street Stock division will race through Anderson Speedway.
Both divisions are scheduled for 75-lap features this Saturday at the historic Anderson track with a final appearance by both divisions on Sept. 17.
Indianapolis driver Eddie VanMeter leads Terry Fisher Jr. in the CRA Late Model Sportsman point standings with Tony Brutti a close third.
VanMeter has four wins on the season including wins at Anderson Speedway in June and July. Fisher has two wins on the year and captured the first series race at Anderson in April.
There have been three different winners in the Street Stock Division events at Anderson Speedway.
Defending track champion Josh Poore has two wins on the year and one at the local track.
CRA champion Jason Atkinson won the 200-lap feature earlier this year and Jimmy Kirby III recorded his first win on July 30.
Greenfield’s Phil Jenkins has a 51-point lead over Mason Keller in the title battle with Andrew Teepe in third.
The Harts Auto Figure-8 division will be in action where Jeff Swinford has recorded three wins on the year with Curtis Chapman and Shawn Cullen each claiming two feature victories.
Randy Hoppes has won four consecutive Thunder Car features.
Qualifying is set for 6:30 p.m. with racing action starting at 8 p.m.
Adult tickets are priced at $12 with $4 admission cost for children between the ages of 6 and 12.