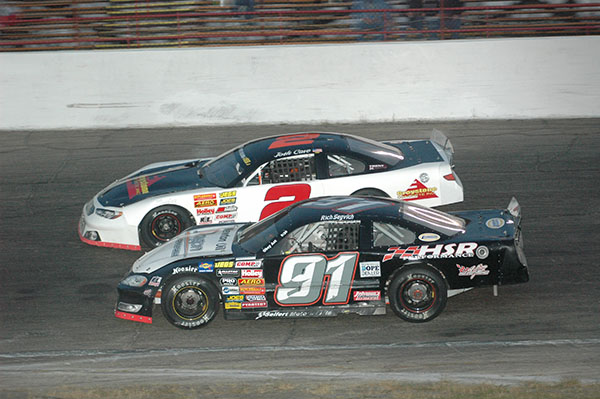 The Anderson Speedway Late Models return to action this weekend with Jeff Marcum looking to take another step toward repeating as track champion.
Marcum has won four of the eight feature events as he looks to repeat as champion of the track’s premier division.
Making his first appearance of 2017 on the high banked quarter-mile oval Josh Cave was able to hold off Marcum for the victory.
Aaron Pierce, Kent Baledge and Scottie Tomsik have also scored feature wins during the racing season with R.J. Norton III and Tony Brutti winning two Champion Racing Series events.
Anderson’s Josh Poore will be seeking his sixth feature win of the year in the Street Stock division, which includes a CRA win. Elwood’s Jacob McElfresh won the Norrick Petroleum 100 lap event and Brett Hudson captured the victory in the 200-lap feature.
Ron Phipps has dominated action in the Marcum Welding Front Wheel Drive Division with six victories as he seeks his first track title in the division. Nick Warner and Kelly Jones have also scored wins.
The Indy FastKarts return where Kody Kennedy is a perfect two for two in racing action.
Qualifying is set for 6 p.m. with racing at 7:30 p.m. Adult tickets are priced at $12 and $4 for children between the ages of five and 12.