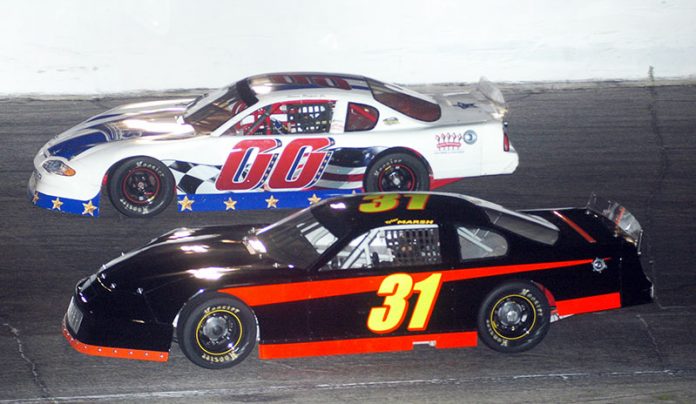 The McGunegill Engine Performance Late Models and Vore’s Welding CRA Late Model Sportsman Powered by JEGS will return to action in the PGG 100 Presented by Thompson Builders on Saturday, September 13 at Anderson Speedway. The Winged Outlaw Figure 8 Series (WOFS) will be showcased in a 50-lap feature and the Thunder Roadsters will compete in both a make-up feature and regularly scheduled main event.

The PGG 100 Presented by Thompson Builders will feature the best of the CRA Late Model Sportsman against the best of the Anderson Speedway McGunegill Engine Performance Late Models in a 100 green flag lap event that will pay $2,000 to the winner and will have special trophies for the top three finishers.  The event was originally scheduled to be a MEP Late Model event on August 23, but was postponed because of persistent rain showers.

Saturday’s event will be the eighth of the CRA Late Model Sportsman season. Seven drivers have visited the winner’s circle including Chris Hacker, Trey Craig, Danny Trent, Greg Van Alst, Jason Atkinson, Shawn Amor and Billy Van Meter, who got the win in the series last event at Winchester Speedway on September 1.

Van Alst comes into this weekend as the series points leader, with a slim five point lead over top series rookie Jack Dossey III. Billy Van Meter is third, he is 17 points behind Dossey. Atkinson and rookie J.P. Crabtree round out the top five. The top five are only separated by 45 points with only three events left in the 2014 season.

The WOFS Outlaw Figure 8’s will compete in their sixth event this season and fifth at Anderson. Drivers that have earned victories include Jeff Shackleford, RJ Norton Jr. and Ben Tunny, who won the Fourth of July feature along with the 65th National Crown.

The Thunder Roadsters will compete in the make-up feature along with the regularly scheduled event. Drivers that have earned victories include John Robbins (3), Chris Weddel (2) and single event wins by James Edsall lll and Doug Dugger. The point standings is led by Robbins with Marty Griffin and Dugger filling out the top three.

On Saturday, September 13, spectator gates open at 5 p.m. with the racing beginning at 8. Admission is $12 for adults and $4 for kids ages 6-12. Children five and under get in free.