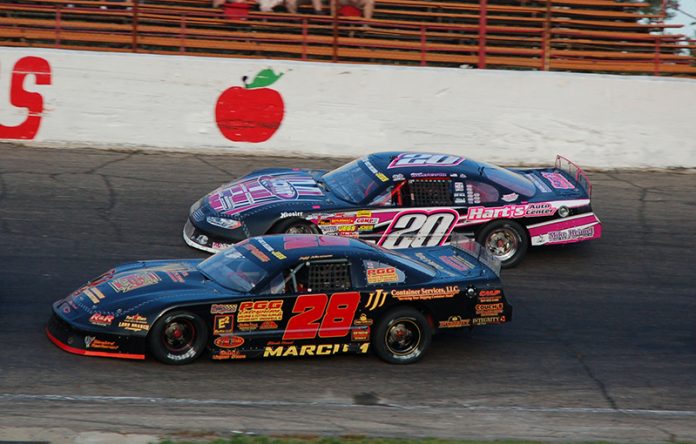 Two traveling series will be making a second appearance at Anderson Speedway this Saturday.
The CRA Sportsman Late Models will be competing in a 75-lap feature on the high banked quarter-mile oval. Terry Fisher Jr. recorded his first career win at Anderson Speedway and has won two of the three races this year. Eddie VanMeter has the other victory.
Jeff Marcum and defending champion Jack Dossey III have captured the two McGunegill Engine Performance Late Model features for the local division.
Anderson Speedway is hosting the second four Vores Compact Touring Series that will pay up to a $26,000 bonus if a driver can sweep the four races.
Andy Jennings won the first of the challenge races at Lucas Oil Raceway and will be seeking his third victory of the season.
Local drivers in the Marcum Welding Pro Compact division that have scored wins in 2016 include Jeff Williams, Kevin Harmon and Nick Warner. Williams won the Vores event at Anderson Speedway in April.
Zach Miller will be looking for his third victory in the Legends Division and Randy Hoppes will be seeking a third consecutive win in the Thunder Car division.
Qualifying is set for 6:30 p.m. with racing at 8 p.m.
Adult tickets are priced at $12 with a $4 admission cost for children between the ages of 4 and 12. Children under the age of 4 are admitted free when accompanied by an adult.