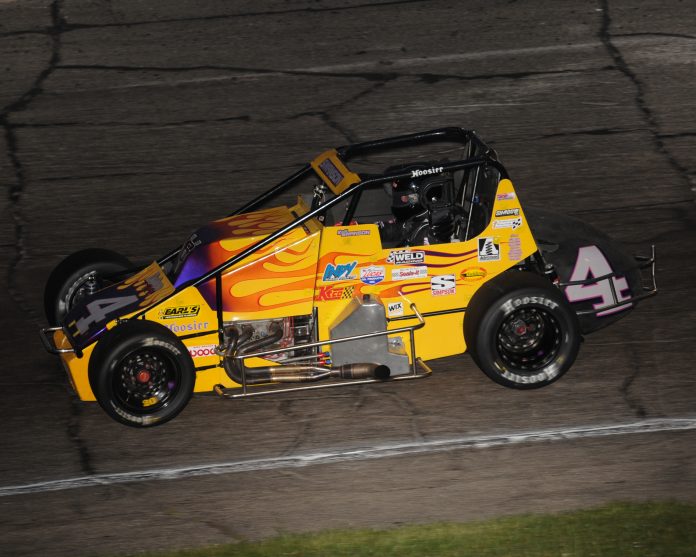 Just a month after having the biggest weekend of his career, 30-year-old Kody Swanson returns to Anderson Speedway for Thursday Night Sprints. At the end of May he was able to pick up wins at the Hoosier Hundred at the Indiana State Fair Grounds on Thursday and the Dave Steele Carb Night Classic at Lucas Oil Raceway on Friday. On Saturday he completed the trifecta by winning the 70th Pay Less Little 500 presented by UAW-GM. He won driving for longtime car owner Gene Nolen. Nolen has been fielding cars in the Little 500 for over 25 years and finally achieved something that he feared maybe would never happen. Swanson will pilot the same Little 500 car in the first Thursday Night Sprint race on July 5th.

“I’m really looking forward to this Thursday night series for Pavement Sprint Cars,” said Kody Swanson. “Things have been tough for open wheel racing on the pavement over the past few years, but I feel like it has really been coming around lately. The Tony Elliott Classic seemed to build some momentum with car counts and fan interest, and I hope that this (Thursday night) series only helps it continue to grow. Anderson Speedway is putting a lot of effort into this, and by bringing the purse up I hope that car owners, drivers and fans come out to support it. There are already a lot of really good cars, teams and drivers on the entry list, so it should be a great show.”

He won the Little 500 two years ago, but driving for famed Hoffman Auto Racing. That was the first time Hoffman Racing had won the Little 500. He moved to Nolen Racing for the 2017 Pay Less Little 500 presented by UAW-GM when Tony Stewart took over the wheel in the Hoffman #69. Swanson runs with two other veteran drivers for Gene Nolen, Jerry Coons Jr. and Shane Hollingsworth. Hollingsworth was able to tie his best finish in the 2018 Little 500 with finishing third. Swanson will be joined by Jerry Coons Jr. to run in the first Thursday Night Sprint Race.

The Thursday night races will all be 75 laps in length with no heat races. A completely different race then the 500 laps in May for the Little 500.

” I expect these 75 laps to be fun and exciting races too.” explained Kody Swanson. “I think drivers will have to race hard for the entire distance. I think it’ll be important to continue to manage your tires and equipment to be good at the end, but there won’t be enough time to wait or ride around at the beginning either. With many good cars & drivers already entered there are plenty of them capable of running really fast laps for these Thursday night races. They should be fun events to drive in and hopefully exciting for the fans to watch!”

Swanson picked up the win in the inaugural Tony Elliott Classic in 2016. He drove for Brad and Tara Armstrong in the Armstrong Garage Doors number 99. Swanson will race in all of the 2018 non-wing pavement events at Anderson Speedway for Gene Nolen.
All tickets for Thursday Night Sprints on July 5th will be general admission seating. Adult Tickets $15, Kids (6-12) $4, and 5 and under are free. Pit Gates open at 3:00pm, practice begins at 4:00pm, and racing begins at 7:00pm. For more information on the 2018 racing season visit www.andersonspeedway.com.