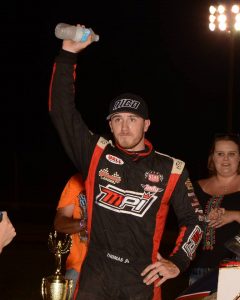 Elwood, Indiana (March 9, 2018): Elwood C.A.R.E.S. and Goacher Racing are happy to announce Kevin Thomas Jr as the driver of the 7G. He will be part of the two car team for Goacher Racing in the 70th Pay Less Little 500 presented by UAW-GM.

“We are excited to welcome Kevin Thomas Jr. to the Goacher Racing/Elwood C.A.R.E.S. Team,” said Jason Goacher. “Kevin Thomas Jr. has been one of the best race car drivers in the country over the past couple years. We are excited for him to join the team and compete alongside Chris Windom.”

The City of Elwood, Indiana is sponsoring the team for the first time in 2018. The local businesses through Elwood C.A.R.E.S. are joining together to provide sponsorship for “Heart of Hooiserland Special”. Todd Jones, Mayor of Elwood, Indiana stated “I see this as a great opportunity to showcase our community to the country. With this being the largest single day sporting event in Madison County, it is an honor to root for a car and driver representing the great businesses of our city”.

“I am excited to drive for Jason and the team.” remarked Kevin Thomas Jr. “They always bring fast and reliable race cars for the Little 500. I am excited to get in a pavement sprint car and take on a new challenge. This will be my first experience in a pavement open wheel car. My goal is to make no mistakes and focus on making clean pit stops. I attended my first Little 500 a 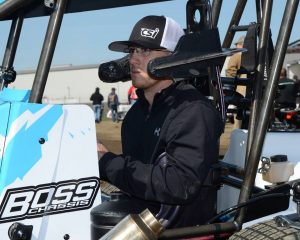 couple years ago and really was impressed with the atmosphere and big crowd.”

The Culman, Alabama native is coming off an impressive 2017 USAC Sprint Car season. He was able to capture the Indiana Sprint Week Championship and Oval Nationals at Perris Auto Speedway. His streak of great finishes has transitioned to 2nd, 3rd, and 4th place finishes at the USAC Winter Dirt Games during February. Thomas Jr. will continue to receive support from Hinchman Racing Uniforms and Bell Helmets. In 2017, Thomas Jr. was the Bell Helmet athlete of the year.

Along with driving for Goacher Racing in the 70th Pay Less Little 500 presented by UAW-GM, he is also running a full season in a USAC Sprint Car with Hoffman Racing and a USAC Midget with Petry/Goff Motorsports. 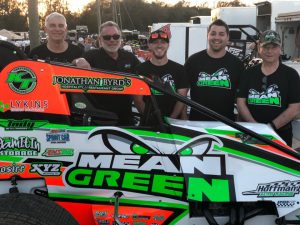 The “Heart of Hoosierland Special” was originally announced to be driven by Mitchell, Indiana driver Chase Briscoe. “Chase Briscoe won’t be driving for Goacher Racing in the Little 500,” Jason Goacher explained. “Chase was very excited about driving in the Little 500, but an opportunity arose that he couldn’t pass up. Our hope is to have Chase drive for the team in the future.”

Jason and Traci Goacher, both of Anderson, Indiana have been fielding a car for many years. Some of their past drivers include Bentley Warren and Bryan Clauson. They have one Pay Less Little 500 presented by UAW-GM victory to their credit with Chris Windom in 2015. This will be their first-time fielding two cars for the race.