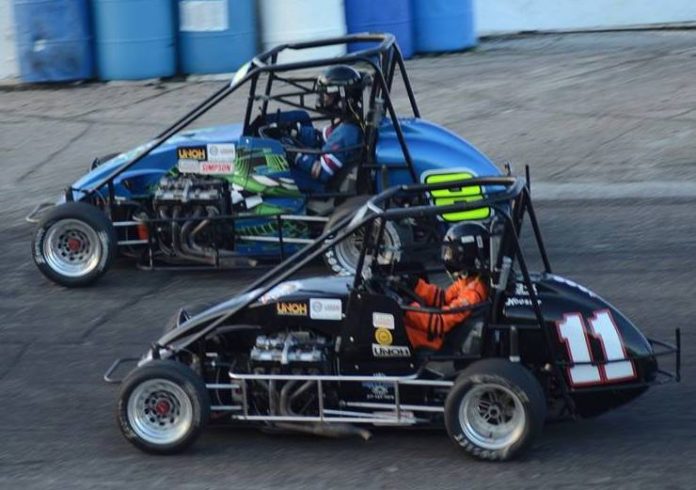 The Kenyon Midgets will be making their third visit of the season with brothers Kyle and Nick Hamilton scoring feature wins on the high banked quarter-mile oval.

Winning in a UAW American Made Mel Kenyon Midget at Anderson Speedway is never easy.

The history of the Kenyon Midgets makes predicting a winner difficult. The easy prediction is that the race may very well be decided in turn four of the last lap.   The closest margin of victory at Anderson Speedway is a record 0.004 second set in 2015.

The VROA Modifieds will be making the first of three visits to Anderson Speedway. The vintage racing series competes in Michigan, Ohio and Indiana.

Boorsma is the most recent winner in the series and Don Deyman has also pulled into victory lane.

Local drivers in the Marcum Welding Pro Compact division that have scored wins in 2016 include Jeff Williams, Nick Warner and Matt Tharp.

Adult tickets are priced at $12 with a $4 admission cost for children between the ages of 4 and 12. Children under the age of 4 are admitted free when accompanied by an adult.