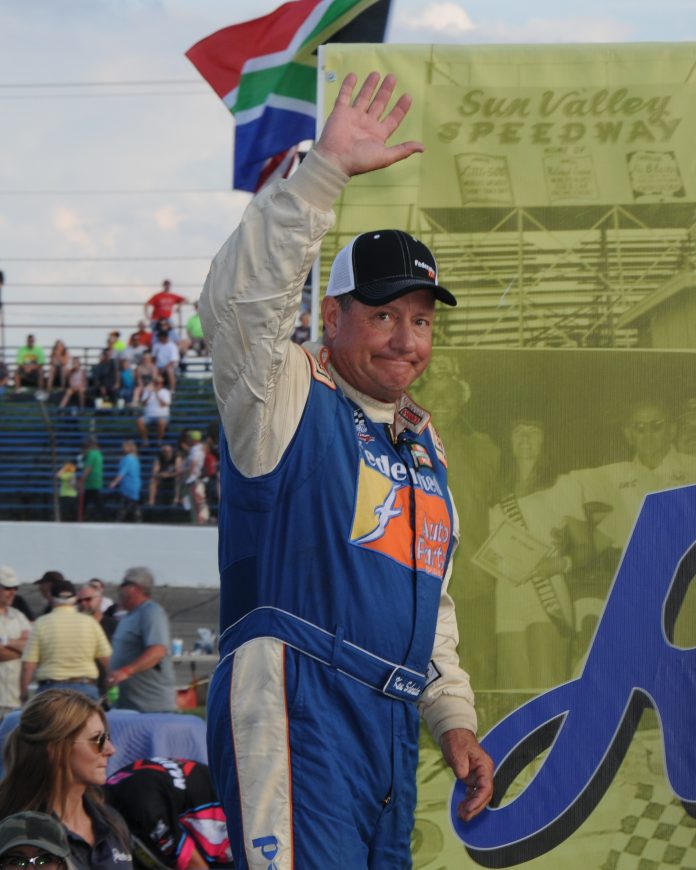 New Palestine, Indiana (February 14, 2019): What started as a blind date has turned into a great relationship for Kenny Schrader and Armstrong Racing. They will once again be teaming up for their third consecutive Pay Less Little 500 presented by UAW-GM this May. Schrader has been the model of consistency in his first two Little 500 starts. He finished 10th in 2017 and 9th in 2018. Both years he completed 488 of the 500 Laps. 2019 will see continued support from Armstrong Garage Doors, and Elliott’s Custom Trailers and Carts, and H & H Drywall in New Palestine IN.

Kenny Schrader was the 1985 NASCAR Winston Cup Rookie of the Year recipient. He competed in NASCAR until 2013. He then made the decision to go back to his roots and tour the country running modifieds. In the past few years, Schrader has competed in a silver crown car and a NASCAR truck at Eldora.

2017 was Schrader’s first attempt at the Pay Less Little 500 presented by UAW-GM. He was joined by another rookie from Columbus, Indiana, Tony Stewart. Schrader qualified in the 21st position on a cold track after the first day of qualifying. After bump day qualifying, Schrader started in the 24th position.

Schrader was able to navigate to a 10th place finish in his first ever pavement sprint car start. Schrader was the second highest finishing “rookie” to Tony Stewart.

2018 saw the size of the field grow and Schrader felt the pressure of bump day. 50 cars entered in an attempt to make the 33-car starting field. After the first day of qualifying, Schrader was in the 29th position with a 4-lap average of 11.597. With past winners Chris Windom and Kyle Hamilton behind the Armstrong Racing Team they thought they might have to re-qualify. They decided to not withdraw their time and wait it out to see if they were bumped from the field. After everything shook out, they were in the 33rd position with minutes remaining. John Inman was able to get another car and make one last attempt of making it into the field. Inman came up just short and Schrader was able to hold on.

The race once again was very uneventful for Schrader. He was able to methodically work his way up and finish in the 9th position. This was only his second time running a pavement sprint car.