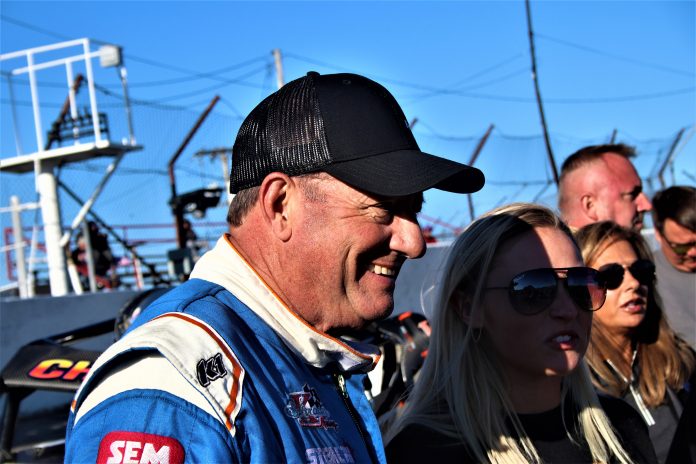 Kenny Schrader Returns to his Roots for Little 500

ANDERSON, Ind. (March 28, 2022): Kenny Schrader will return to the Lucas Oil Little 500 presented by UAW with a new team in 2022. Schrader will drive for Matt Seymour Racing from Marlboro, Massachusetts. The team will once again bring a non-wing sprint car to compete in the Midwest, something they have been known to do for many decades.

The patriarch of the family Louie Seymour, known by many as “Boston Louie”, started campaigning USAC Midgets, Sprint Cars, and Silver Crown cars in 1965. The team traveled all over the country competing in USAC competitions with their home still in Massachusetts. Kenny Schrader and the Seymour’s got hooked up after Schrader had already won the 1982 USAC Silver Crown Championship and the 1983 USAC Sprint Car Championship.

“I had known the Seymour’s for years from when I was running USAC full time,” said Kenny Schrader. “In 1986 I asked if they wanted to go run some USAC Silver Crown races, so we did.”

The first race together they won at Lucas Oil Indianapolis Raceway Park in Brownsburg, Indiana. Schrader won the Pepsi Cola 150 leading 98 laps. The pair would contest 10 races from 1986 – 1991. They would go on to win four additional races. Two of those races being the Copper World Classic at Phoenix International Raceway in 1989 & 1990.

“We had so much fun running those USAC Silver Crown races with Schrader,” said Bobby Seymour. “He was good on dirt at the time, but he was amazing on asphalt. You knew every race you ran with Schrader was going to be a blast!”

Schrader will attempt the Little 500 in search of his sixth consecutive start. In his five previous attempts, Schrader has three top ten finishes. His best finish of 8th came in the 2020 Little 500. All of his previous starts have come with Brad & Tara Armstrong.

Matt Seymour Racing are regular competitors in the NEMA Midget Series on the east coast. They won the 2021 NEMA Lites division with Jake Trainor as the driver. They have also been campaigning in the National Pavement Midget Championship at Lucas Oil Raceway Park the past two season with Bobby Santos III.

“We feel a little bit like a college football team going to play in the Superbowl in our first game,” said Bobby Seymour. “We haven’t competed in a sprint car race since 1980. We are in over our heads, but we are excited to do this for Schrader.”

The Seymour family has never competed in the Little 500. The team is assembling a completely new Beast Chassis and Stanton Engine for the 2022 race.

“It is worth the effort to do it again,” said Bobby Seymour. “If it was anyone but Schrader I don’t know if our first sprint car race would be the Little 500. We just really want to do this with these guys.”