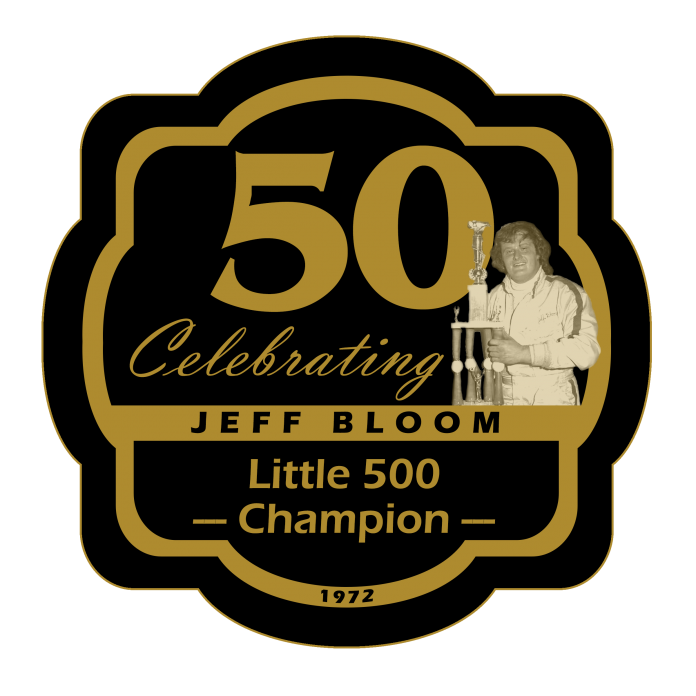 ANDERSON, Ind. (Jan. 25, 2022) – Jeff Bloom, a veteran sprint car driver and member of the National Sprint Car Hall of Fame, is the first driver to enter the 74th Annual Lucas Oil Little 500 presented by UAW. Bloom’s entry into the race coincides with the 50th anniversary of his first Little 500 win in 1972. A mainstay at Anderson Speedway and the Little 500, Bloom has competed in the event 42 times in the past 49 years.

Bloom began his career racing a super modified in 1967. He competed at tracks throughout northern Indiana, including Plymouth Speedway in Plymouth, Ind., South Bend Speedway in South Bend, Ind., and New Paris Speedway in New Paris, Ind. After the 1971 season, Bloom received some advice from hunting buddy and 2010 Little 500 Hall of Fame inductee Ray Wright.

“Ray told me I need to go sprint car racing,” said Bloom. “Sprint Car racing pays better than what you are doing now, and you can run the Little 500. So, I took my modified and put round tubing on the car. I got a nose piece from Todd Gibson and put a tail tank on the car.”

The car, affectionately named “Old Yeller,” was immediately successful. Bloom won the Little 500 in his first start; he is one of six drivers to do this in Little 500 history. Bloom was awarded Rookie of the Year honors as well. Bloom and “Old Yeller” would compete in three Little 500 races from 1972 until 1974.

In 1977, Bloom returned to the Little 500 competing for car owner Lyle Roberts. Bloom would win his second Little 500 in the same year. Bloom made four starts for Roberts from 1977 through 1983 and two additional starts in 1987 and 1988. In the spring of 1989, Roberts suffered a heart attack. Bloom, and his wife Linda, decided to purchase the car from Roberts and become car owners themselves. They have entered the Little 500 as owners ever since. Jeff won his third Little 500 in 1991 beating Bentley Warren, who would go on to win his first of two Little 500’s in 1995.

Bloom contested 34 consecutive Little 500’s from 1983 to 2016, which is the record for most consecutive starts in the race. Bloom’s streak was almost broken in 2011 when he failed to qualify for the race, but the team of Clint and Jacob Wilson supplied Bloom with a car allowing him to compete. Bloom’s successful racing career earned him a spot in the Little 500 Hall of Hall of Fame in 1996. He was inducted into the Michigan Motorsports Hall of Fame in 2000 and the National Sprint Car Hall of Fame in 2013.

In preparation for the golden anniversary of his first win, the Bangor, Mich. native will return with a newly purchased BEAST chassis. “I have been working in the shop every day since we took delivery of the car,” said Bloom. The chassis was most recently used by Nick Hamilton. The Hamilton family purchased the chassis from 12-time Little 500 starter Ryan Litt.

“I have been hooked on this race [Little 500] ever since my first start,” explained Bloom. “It is a one of kind race and just keeps you coming back. Dealing with everyday life, is like dealing with the Little 500. You just have to deal with it.”

The 74th Annual Lucas Oil Little 500 presented by UAW will take place on Saturday, May 28. Practice will be Wednesday, May 25. CB Fabricating Pole Day is Thursday, May 26. The Tin Plate Fine Food & Spirits Bump Day is Friday, May 27. Practice, qualifying and the race will be streamed live online through MAVTV Plus. A special rebroadcast of the race will be shown on MAVTV on Sunday, May 29 from 9:00 a.m. – noon EST.