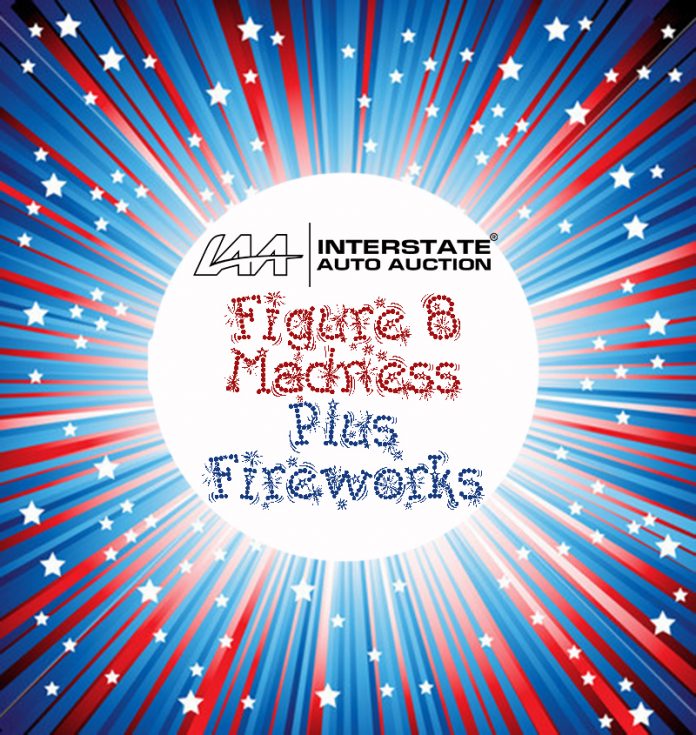 In what has become a long standing tradition at Anderson Speedway the track will celebrate the nation’s birthday with fireworks and Figure 8 action this Saturday night.

Gates open at 4 p.m. with racing starting at 7 p.m. on Saturday for the Interstate Auto Auction Figure 8 Madness. Following the action on the track Anderson Speedway will light up the skies with one of the largest fireworks display in central Indiana.

The Interstate Auto Auction Winged Outlaw Figure 8 Series will be making its second appearance of the season on Saturday for a 50-lap feature race. The first time the series was at historic Anderson Speedway Ben Tunny prevailed for the victory in a closely fought battle.

The Harts Auto Figure 8 series is returning for the fourth night of action in the cross-over. Jeff Swinford has won two of the three feature events with Curtis Chapman also recording a win.

The Marcum Welding Pro Compacts have been added to the racing card and will be the only racing action on the quarter-mile oval. Last weekend Ryan Claborn recorded his first win of the season joining multiple time winner Adam Lee and Randy Hoppes in the AutoFarm McCrocklin Ford winner’s circle.

The always popular Figure 8 trailer races will cap off the night of racing.