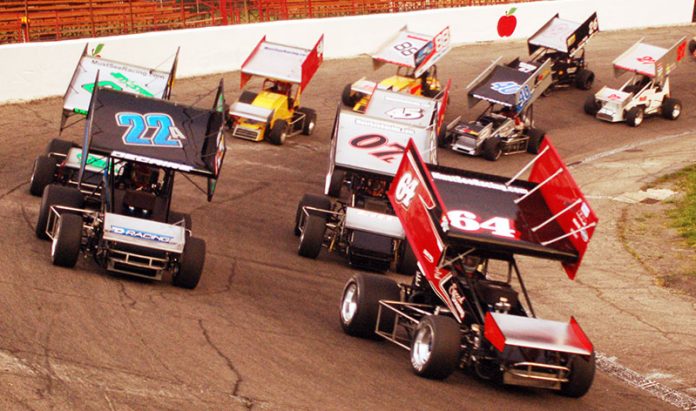 Anderson Speedway will host the inaugural MoFab Labor Day 200 presented by Hoosier Park Racing & Casino featuring the Must See Racing Xtreme Sprint Series (MSRXSS) on Saturday, August 30. Also part of the racing program will be the Mel Kenyon Midgets who will do battle in a 40-lap make-up feature and the scheduled 30-lap main event.

The Winged Sprint Cars of the MSR Xtreme Sprint Series will return to Anderson Speedway for the third and final appearance of the 2014 season. Florida’s Troy DeCaire earned the May victory with Daleville’s Aaron Pierce winning the August event at the quarter-mile oval.

Drivers that have won Winged Sprint Car features at Anderson that are expected to race on Saturday night include Jimmy McCune (4 wins), DeCaire (2 wins), Pierce (2 wins) and two-time Pay Less Little 500 winner Jacob Wilson who won the Must See Racing 60 presented by Sam Pierce Chevrolet in 2013.

Saturday’s Inaugural MoFab 200 presented by Hoosier Park Racing & Casino will include twin qualifying races that are 25 laps in distance with the feature set for 150 laps split into two 75-lap segments. A 10-minute break will take place between the two segments.

The USSA Mel Kenyon Midget Series drivers and teams will pull a double shift on the high banks of Anderson Speedway. They will run the 40-lap feature scheduled for August 23, following a “rain delay” of one week. In addition, they will race a complete program including qualifications, heats and a 30-lap feature already on tap for August 30.

2013 Series Champion Spencer Bayston set fast time followed by 2012 Champion Jessica Bean before the rains came. Bayston and Bean’s qualifying efforts are solid proof that experience is a very valuable commodity when it comes to racing at Anderson Speedway.

In the season standings, Fehr holds a 55 point advantage over rookie Colton Dooley with Jessica Bean in third position. Travis Young and Kent Kriegbaum round out the top five in the standings.

On Saturday, August 30, spectator gates open at 5 p.m. with the racing beginning at 8. Admission is $15 for adults and $4 for kids ages 6-12. Children five and under get in free.