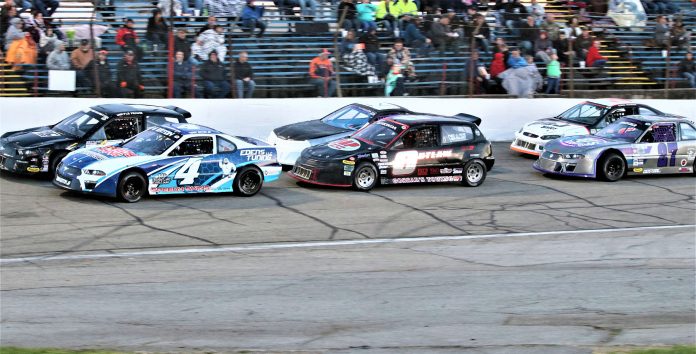 ANDERSON – For the first time in the history of the Vore’s Compact Touring Series they will be staging a virtual pit stops during a feature event.

The Vore’s Compact Touring Series will be competing in a 75-lap feature event on Knapp Supply night at Anderson Speedway, the longest event ever staged at the track for the series.

Drivers will be required to make one virtual pit stop during the race, coming to a complete stop at a sport marked coming off turn two and reentering the race in turn three.

In recent years the Markleville duo of Tom Gosser Jr. and Trent Gosser have won five times over the past three years.

Tom Gosser Jr. is the most recent winner on the high banked quarter-mile oval earlier this year followed by Trent Gosser and Kyle Frame.

The Champion Racing Association Street Stocks will be in action with the Tom Wood Honda 150 presented by VORES Welding & Steel.

New Castle’s Jason Atkinson won a 75-lap race earlier this year and Brett Hudson is looking to make it three wins in a row in the long distance races.

The Legends division is on the racing card where there have been two different winners this year. John Robbins and Dalton Conner have recorded feature wins with Anderson’s Xavier King with runner-up finishes while looking for a first feature win at Anderson Speedway.