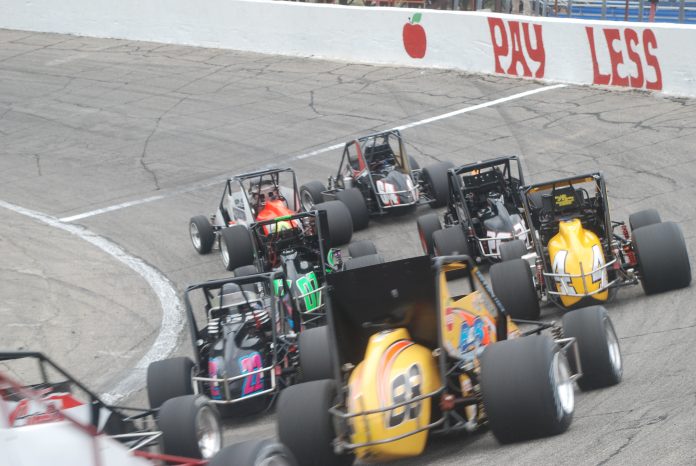 The sound of non-wing sprint cars is returning to Anderson Speedway this week for the 20th running of the Glen Niebel Classic presented by CB Fabricating and Thompson Insurance. After taking a weekend off because of the action at the Indianapolis Motor Speedway, Anderson Speedway kicks off the week on Thursday with sprint car racing and a 100 lap feature on Saturday for the PGG ThunderCars presented by AERCO Heating and Cooling and Sherwin Williams.

There are 20 sprint car teams entered for the 125-lap Niebel Classic. Local driver Aaron Pierce will be seeking his seventh victory in the Glen Niebel Classic but he will be challenged by three-time Pay Less Little 500 winner Kody Swanson and Tyler Roahrig, who won the Tony Elliott Classic in 2018. Caleb and Dakoda Armstrong are both entered along with nine-time Little 500 champion Eric Gordon, 2017 Little 500 winner Kyle Hamilton, Bobby Santos III, and Chris Neuenschwander.

The sprint cars will be joined by the K&M Tool & Die Mel Kenyon Midgets, where Tommy Kouns is looking for a third consecutive win and the Thunder Roadsters.

Racing tonight is scheduled to start at 7 p.m. Adult tickets are $15 and $4 for children between the ages of 6 and 12 is $4. Children under the age of 6 are admitted free.

On Saturday, the PGG Thunder Cars will be led into the 100-lap feature by Dustin Sapp who has already won a 50-lap event and captured the National Crown. The last time the division raced Sapp won the feature race after a spirited battle with Frankie Oakes and David McConnell.

The Marcum’s Welding Front Wheel Drives, Thunder Roadsters and Hart’s Auto Figure 8’s will all be in racing action. Racing on Saturday is scheduled to start at 7 p.m. Adult tickets are $12 and $4 for children between the ages of 6 and 12 is $4. Children under the age of 6 are admitted free.