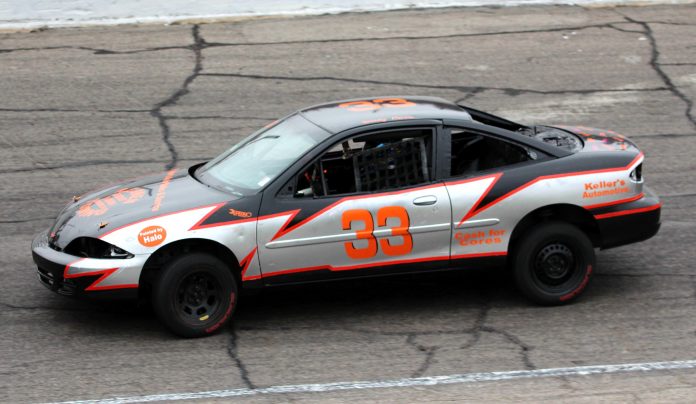 ANDERSON – The drivers in the Marcum Welding Front Wheel Drive Division will be competing in one of their biggest events of the year this Saturday at Anderson Speedway.
The Front Wheel Drive Division’s 50 lap feature tops a racing card that includes the Vore’s Welding & Steel Street Stocks and the Hart’s Auto Figure 8 drivers in a tune-up for the 69th running of the Edgewater Woods National Crown.

Randy Owen has a perfect record of five feature wins entering the 50-lap feature that will pay the winner $500.

Although Owen has dominated feature racing action he has been challenged at times by the team of Nick Warner and Kelly Jones, Jerry Loy and Tim Page.

Travis Burge is also perfect when it comes to Street Stock feature wins but holds a slim 48 point advantage in the season standings over Jimmy Kirby with Shawn Cullen in third.

With the 69th running of the National Crown set for June 28 presented by Edgewater Woods there have been five different feature winners in Hart’s Auto Figure 8 competition.
Cullen has won the last two feature events and will be looking for back to back wins in the National Crown. Warner and Kyle Allmond along with Ronnie Phipps have all won features in the division.

The driving combination of Phipps/Cullen have a 72 point lead on Jared Keller with Bruce McFall another three points back.

Adults tickets are $12, $4 for children between 6 and 12 years of age and under six admitted for free.