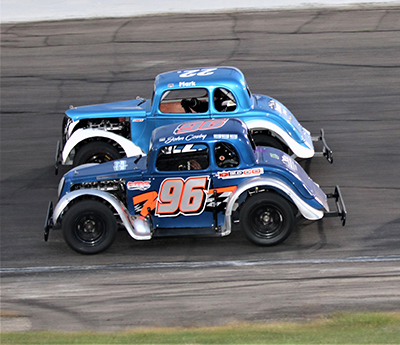 It is considered one of the biggest races in the Midwest for competitors in Legends car, the annual Grant Fritz/Greg Dietzen Memorial. In their only appearance of the season the Legends competitors will be battling for 50 laps on the high banked quarter-mile oval. Zach Miller will be seeking his sixth consecutive win in the classic, which would break a tie with David Moyes III.

Qualifying takes place at 6:15 p.m. with racing action at 8 p.m. Adult admission price is $12, $6 for children between the ages of 5 and 12 and children under 5 are admitted free.