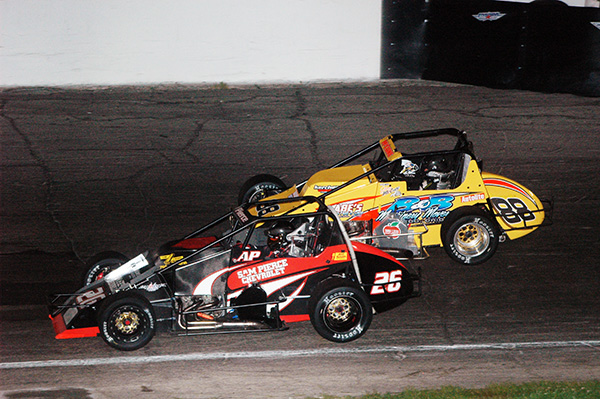 Four more entries have made their way into the Anderson Speedway office for the 69th Pay Less Little 500 presented by UAW-GM.

A total of six drivers and teams have submitted entries for the May 27 race which is topped by three-time winner Jeff Bloom and current Little 500 single-lap and four-lap track record holder, Aaron Pierce.

Pierce, of Daleville, Ind., will be attempting to make his 15th consecutive appearance in the Pay Less Little 500. He has earned the pole position for this prestigious event twice (2006 and 2011). Pierce’s best finish has been two runner-up finishes, in 2004 and 2007, both to Eric Gordon.

2015/2016 Must See Racing Xtreme Sprint Series Champion Jimmy McCune from Toledo, Ohio looks to make his 14th Pay Less Little 500 start in the Jim McCune No. 88 sponsored by B & B Machinery Movers, Abe’s Auto Parts, Wilwood and Sparco. McCune has three top 10’s in the Pay Less Little 500, with his best finish taking place in 2007 when he placed ninth.

Farmland, Ind. racer Tony Main is looking to make his third start in the Pay Less Little 500.  The best finish for Main occurred in 2015 when he placed 12th.  He will be competing in the Glen and Virginia Main No. 74 with support from Big Stuff Paint and Body and G&G Oil in Muncie.

Jason Fuller out of Milford, Ind. will be attempting his second start wheeling the Jeff Fuller No. 9. Fuller placed ninth in the 2014 Pay Less Little 500 and seventh in the Inaugural Tony Elliott Classic at Anderson Speedway in 2016.