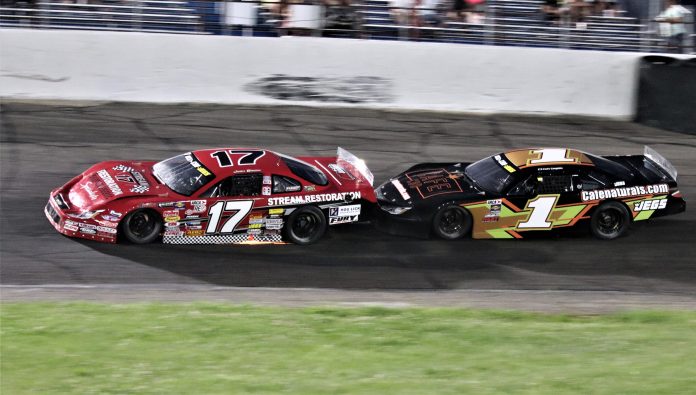 ANDERSON, IN – There will be at least 23 drivers looking to add their name to the long list of winners in the Redbud 400.

The 54th running of the prestigious super late model race is set for 7:30 p.m. Monday at Anderson Speedway.

Rick Turner, Eddie VanMeter, Jaren Crabtree and Mason Keller are all looking for break through performances.

Michigan driver Johnny VanDoorn will be seeking to defend his 2019 championship and fourth Redbud 400 victory over all, which would tie him with Mark Martin for most wins.

Steve Dorer and Dalton Armstrong will both be after their second win in the Redbud 400 presented by Mitch Smith Auto Service and Perfecto.

Several drivers are looking for that victory in the Redbud 400 to add to their racing resume.

Wisconsin driver Casey Johnson will be making only his second career start at Anderson Speedway.

He set fast time in June for the CRA Super Series 125-lap race at the local speed plant and drove to a fourth place finish.

Johnson is the defending ARCA Midwest champion and finished second on Wednesday at the Slinger Nationals.

“We thought the 125 lapper would be a real good test for the Redbud and figure out the set-up,” he said. “I have never run 400 laps before. I did run 380 laps at Nashville when the car broke in the All American 400.

“It would be huge to win the Redbud,” Johnson said. “It’s a prestigious race. It takes a hell of a car and a heck of a team.”

Johnson said it will take patience, keeping the fenders on the car and keep your head to be in a position to win.

“Anderson reminds me of where I started racing, grew up on a little bullring,” he said. “I’ve always ran good on the smaller tracks. That’s what I cut my teeth on. When I come here it’s like coming home.”

Brock said a victory would be among his top three career wins.

“I really want to win the Redbud,” he said. “I’ve won almost every super late model race here. That’s the next one I want to check off.”