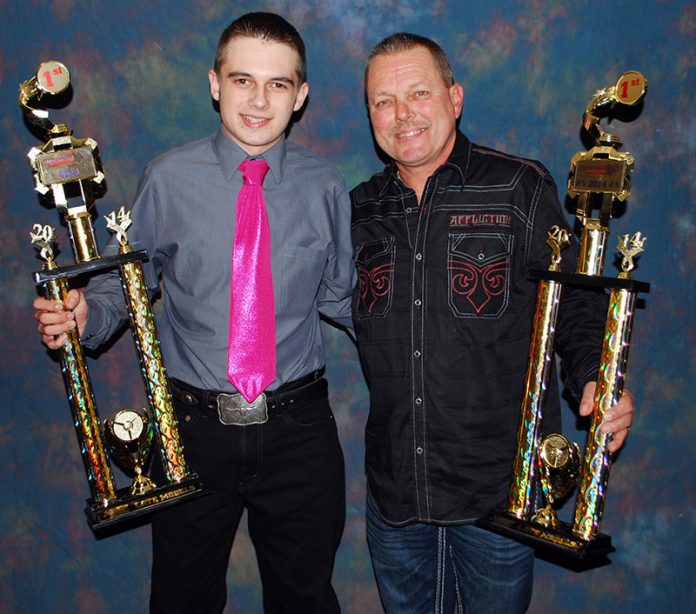 Teenage driver Jack Dossey III had a dream season in his first year in competition in the McGunegill Engine Performance Late Models.

Dossey not only won the championship but walked away with Rookie of the Year honors at Anderson Speedway in 2014.

To accomplish both feats he had to turn back a challenge from another teenager, Billy VanMeter, who finished second in the point chase.

Both drivers set fast time four times during qualifications and scored a feature win during the season. The difference was that Dossey scored six top five and ten top ten finishes compared to four top five and seven top ten showings for VanMeter.

During the annual Anderson Speedway awards banquet at the Madison County Shrine Club, Dossey said he was returning to the division in 2015 looking for a repeat championship.

“The best moment of the year was the last race,” Dossey said of the non-points race. “I had a good battle with Jeff (Marcum). It was the hardest I raced all year.”

VanMeter said he was returning to the Anderson Speedway late model division in 2015, no doubt looking for that first title.