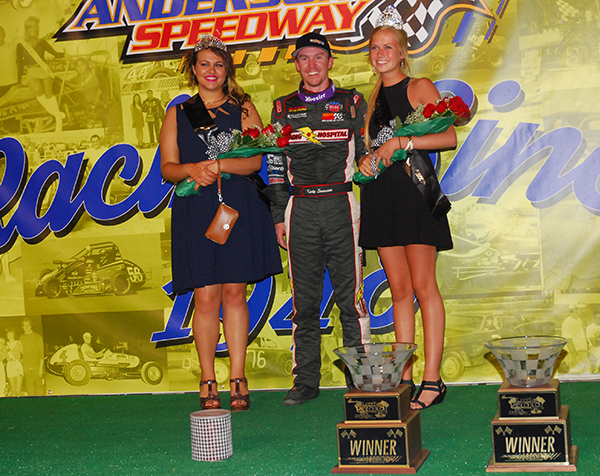 The entry list for the 69th Annual Pay Less Little 500 presented by UAW-GM continues to grow.  A total of 15 teams have now submitted entries for the May 27 race which now includes defending champion Kody Swanson.

Swanson, of Kingsburg, Calif., will be attempting to qualify for his third Pay Less Little 500. He won the prestigious event in 2016 during his second Little 500 appearance under the ownership of Hoffman Auto Racing.

Swanson, the 2014/2015 USAC Silver Crown Champion, claimed the Inaugural Tony Elliott Classic victory at Anderson Speedway in 2016. He also won three USAC Silver Crown races, including the Hoosier Hundred at the Indiana State Fairgrounds in Indianapolis the Thursday before the Little 500.

Swanson will be driving the No. 4 for 2010 Little 500 Hall of Fame Inductee Gene Nolen. Swanson will receive sponsorship support from KECO Coatings.

Coons Jr. will be wheeling the No. 3 and Hollingsworth will be entering the No. 20.  Both will be sponsored by KECO Coatings.

2015 pole setter Bobby Santos III from Franklin, Mass., is attempting to make his fourth start in the Pay Less Little 500.  Santos’ best finish came in 2016, when he finished 5th.  Santos will be competing in the DJ Racing machine.

Hampton will be attempting his fourth start, with his best previous finish being 21st.  He will be driving the No. 59 with backing from Jason Ross.

Hamilton will be trying to make his second Little 500 start.  In his rookie race he finished ninth.  Hamilton will be in the No. 2 machine with sponsorship from Curtis Motor Sales.

Chapple, the 2016 USAC National Sprint Car Rookie of the Year, will be in the No. 12 CFH Enterprises car.

Don Hamilton of Commerce, Mich., will make an attempt at his first ever start in the Little 500.  Hamilton placed fifth in the Glen Niebel Classic and eighth in the Inaugural Tony Elliott Classic during the 2016 season at Anderson Speedway.  Hamilton will be in the No. 31 with sponsorship from Dennis Hamilton Composites.