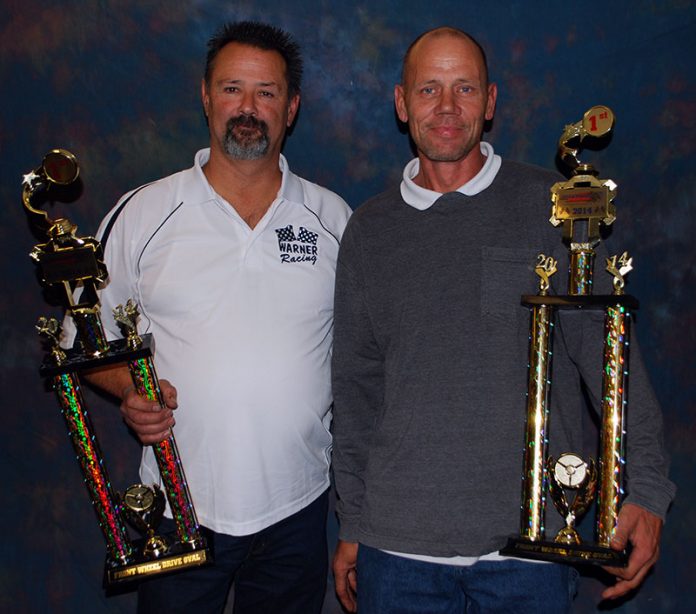 Jerry Dane set the tone for the Front Wheel Drive Oval division but as the year progressed a number of drivers stepped up to challenge for the championship.

Dane won the first three features to open the season but then faltered in the middle stages of the season before rounding out the year with six feature wins and his first Anderson Speedway championship.

His memorable moment of 2014 was the non-points 100-lap event to finish out the season.

“I just wanted to have some fun,” he said.

There were times during the year that the competitors in the division were turning in some of the best races of the season, running side by side in the features with several drivers in a position to record the win.

Billy Hooten scored two feature wins on his way to a third place showing in the point chase.

Mike Whitaker, car owner for Hooten won the Dedication award for the division with Brandon Cook earning the Sportsman honors.